This summer, United Airlines will be bringing its latest Business Class product to the increasingly popular Sydney – San Francisco route.

From 3 December 2019 to 27 March 2020, travellers will enjoy flying on a Boeing 777-300ER. This aircraft features the airline’s Polaris Business Class product, which features direct aisle access for all passengers.

This is a significant upgrade from the current Boeing 787 Dreamliner which plies this and all other Australian routes. The product on this aircraft is outdated, set up in a 2-2-2 configuration.

The number of Business Class seats will increase 25% from 48 to 60. This plane also introduces 24 Premium Economy seats to the route.

Unfortunately, I cannot see any Business Class award availability in either direction on the new aircraft.

United has signalled they will retrofit their Dreamliners with the new product. This is good news for travellers in Australia. However, there is no exact timeline for this program. I expect this to happen in 2020 (2021 at the latest.) Sydney – Houston will be the next route to get the upgraded product, probably in the first half of 2020.

Qantas is the only other carrier operating on this route and they are upgrading their old Boeing 747 to a new Boeing 787 Dreamliner on 4 December, the day after United’s upgrade—timing, much?

United is one of five carriers operating nonstop services between Australia and the US mainland. The others are Qantas, Virgin Australia, American Airlines and Delta. (Hawaiian Airlines and Jetstar also fly to Hawaii.)

The Boeing 787-9s feature an outdated Business Class product set up in a 2-2-2 configuration. However, the airline is upgrading its aircraft to feature a better Business Class called Polaris. These are also lie-flat seats but the cabin is set up in a more generous 1-2-1 layout, providing direct aisle access to all passengers.

The planes that have the most recent Business Class product also have 21-24 Premium Economy seats.

Depending on the aircraft, there are two window seats and either two, three or four (most common) in the centre.

It is likely that if you are searching for cash tickets on nonstop flights to the US, United will have the cheapest price of all the carriers.

They offer 32 inches of legroom—the same as on Qantas’ 787s and Virgin Australia—which is more than the 31 inches found on Qantas’ A380s, American Airlines and Delta.

However, United has the worst reputation for customer service of these five airlines.

A comparison of points pricing on United Airlines flights

Australia-based travellers are most likely to use Singapore Airlines KrisFlyer miles for United flights. However, buying Avianca LifeMiles or United MileagePlus miles are two other avenues.

A one-way Business Class flight between Australia and the US will set you back:

Taxes are the same through all programs, at ~AU$120 departing Australia and a lesser ~US$25 returning from the US.

The best value redemption comes from using LifeMiles or MileagePlus miles for a one-way flight back from the US to Australia. That’s because the taxes are lower in this direction and you’ll pay 50,000 less miles than through KrisFlyer.

You can add on a connecting flight within the US, e.g. New York – Houston – Sydney, for no extra miles, but you may have to fork out a little more in taxes.

United Airlines lounge access in the US and Australia

This is a bright spot.

United has upgraded its lounges for Business Class passengers in most of its hubs, including Los Angeles, San Francisco and Houston. They are a pleasure to visit and my advice is to arrive to the airport a little early to enjoy them. 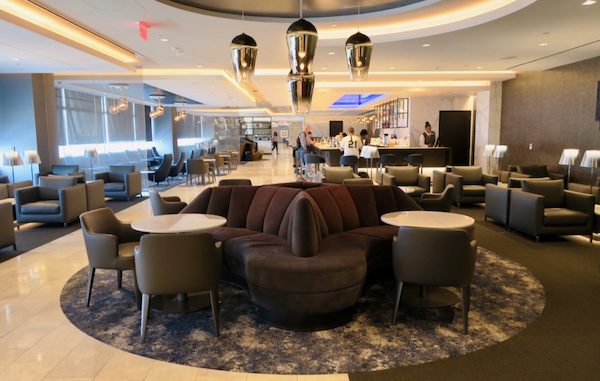 When departing from Sydney, you can choose between the Air New Zealand (better overall) and Singapore Airlines SilverKris Lounges (more peaceful).

Unfortunately, the quality of the lounge options at Melbourne isn’t as good. Again, I’d recommend the Air New Zealand Lounge over the SilverKris one. 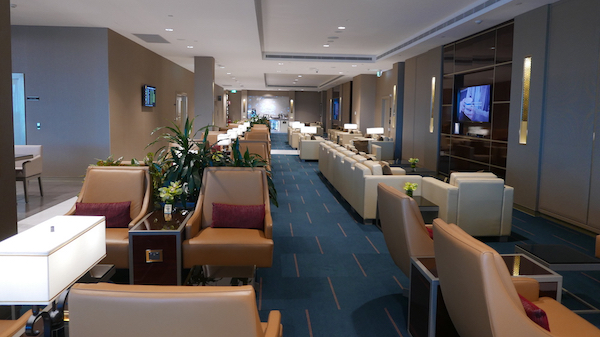 Read the Point Hacks comparison of lounges at Melbourne Airport

How to search for United Airlines award availability

The best place to search for award availability on United Airlines flights is on the United website itself. You’ll need to sign up for a (free) United MileagePlus account to do so.

You can book online with Singapore Airlines KrisFlyer, United MileagePlus and LifeMiles.

When does award calendar availability open up?

LifeMiles opens its award calendar at 360 days before departure, followed by KrisFlyer at 355 and United at 335 days.

Your chances of securing a Business Class award seat on a nonstop Australia – US flight (on any airline) are greatest 11-12 months before departure. You may also have more choice of seats within one week of departure.

Links to related guides and reviews

United doesn’t have the best reputation amongst travellers either in Australia or the US. However, it does have the best Business Class award availability of the five airlines flying to the US mainland.

If you can find an open Business Class seat, then using your points to fly lie-flat for at least 13 hours represents good value.

You’ll get access to pretty good lounges in Australia and excellent ones in the US. Just don’t expect too much from the onboard customer service or dining.