Bought with cash for only $554 USD in Economy Class, I prepared myself for many hours of uncomfortable seats, but was lucky enough to get upgraded to Business Class on my first Transpacific leg (who said flirting with the check-in agent never works?!) and Premium Economy on the way back (due to my United Gold status).

Update: in late September 2019, United announced they would upgrade their Sydney – San Francisco route to a Boeing 777-300ER with their latest Business Class product from 3 December until 27 March 2019. When I did a search on the united.com website, the only availability for the whole next year that I could find was during the next week (shown by dots in the second image below): 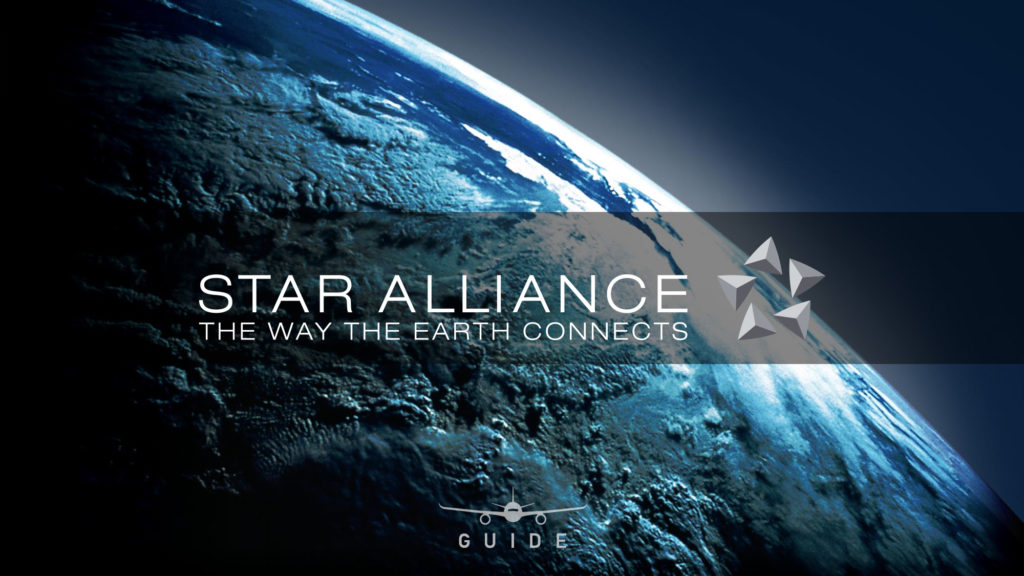 Other frequent flyer redemption options on this route

The United States is one of the most popular routes for travellers from Australia to redeem frequent flyer points. However, it is also one of the hardest routes to find Business Class or First Class award availability due to high demand. We’ve written about this in regards to Qantas, Virgin Australia and American Airlines flights to the US.

There is only one other direct flight between Sydney and San Francisco:

As you can see from the map below, there are a number of non-direct options to San Francisco. Obviously, those with stops in the Pacific or North America will be quicker than journeys routing through Asia.

If you want to stick to Star Alliance, you can fly:

Other non-Star Alliance options are:

Emirates and Etihad also fly to San Francisco from Dubai and Abu Dhabi, respectively, but journey times from Sydney going west are huge.

It is flown by a Boeing 787-9 Dreamliner, replacing those terribly old planes United used to use for their Transpacific flights.

Much smaller than an Airbus A380, for example, they feature 48 flat-bed Business Class seats arranged in a 2-2-2 configuration, 88 Premium Economy (or ‘Economy Plus’) seats with 35″ pitch (which I flew on the return leg) and 116 Economy seats with 32″ pitch, both in a 3-3-3 configuration.

The 787 has nifty, large dimming windows and a quite airy cabin. The advantage of having electronic windows is that on the return leg to San Francisco, the cabin crew forcefully dimmed the cabin, meaning we would adjust to US time earlier without some rouge passengers letting sunlight in. Makes me happy:

Here are a few pictures of the cabin and the seat:

I got a pretty good five-hour sleep halfway through the flight, just after passing the Hawaiian Islands, although there was quite a lot of turbulence.

Whilst the bed wasn’t very cushy, the blanket was soft and cosy. I requested a second pillow, which they were happy to give to me.

These pictures are off the Premium Economy cabin, which looked very similar to the Economy cabin, except there was an extra 3″ of space between the seats. The cabin was half-full in both directions.

The IFE featured a good array of movies and TV shows, but it was frustrating when one of the movies went back to the start when I resumed watching after sleeping.

As the flight to Australia is during the night, I didn’t take advantage of the $15-20 USD charge for unlimited wifi; I planned on doing that on the way back, but the wifi wasn’t working, which I found strange for a new plane.

You can browse the full food and drink menu here (recommended as I chose all vegetarian options for my flight):

We were offered champagne or mimosa as a pre-departure beverage (very classy in a plastic cup):

About 45 minutes after take-off, we were given warm nuts and I chose an Irish coffee:

My appetizer was a soggy and cold chickpea salad (rating 3/10):

Then I had a rich Italian salad with olives, sundried tomatoes, cos lettuce, Parmesan and croutons (solid 7/10):

My main was ravioli at perfect temperature (9/10), accompanied by a smooth Zinfandel:

I feel like I was the only passenger who actually took advantage of the dessert cart, enjoying a decadent ice cream sundae with caramel sauce, Oreo crumble and whipped cream (9/10):

Finished off with a digestif:

Overnight snacks were a hummus and pepper jack cheese sandwich and Tim Tams.

Breakfast consisted of an uninspiring cheese and potato omelette with fruit, yoghurt and a delicious cinnamon roll (which saved the meal to give it a 5/10):

There are three Star Alliance lounges in the International Terminal at San Francisco: the United Club, a Singapore Airlines KrisFlyer Lounge (since closed to make way for a larger United Club) and an EVA Air Lounge.

Technically, Business Class passengers on departing Star Alliance flights should be able to access all of the lounges, but the late-night departure meant the EVA Lounge was closed and the KrisFlyer Lounge was only open to Air New Zealand passengers. I tried to wave both my United Gold and Turkish Airlines Gold cards and I still wasn’t let in.

Note that all terminals are connected at SFO, so if you are transferring onto a domestic flight, you can still access the larger United Club at the International Terminal rather than the more crowded, smaller United Clubs throughout the other terminals.

At this lounge, I had enjoyed a pre-flight Rich southern vegetarian chili, bland American cheeses and crackers, a delicious roasted fennel and beet salad, and cookies. There were bananas, apples and oranges everywhere.

There was no barista, but the bar was well-attended:

And there was a list of complimentary alcoholic beverages:

During my two visits here, the lounge seating area around the far corner of the bar was by far the quietest area I found:

Our other Transpacific flight reviews 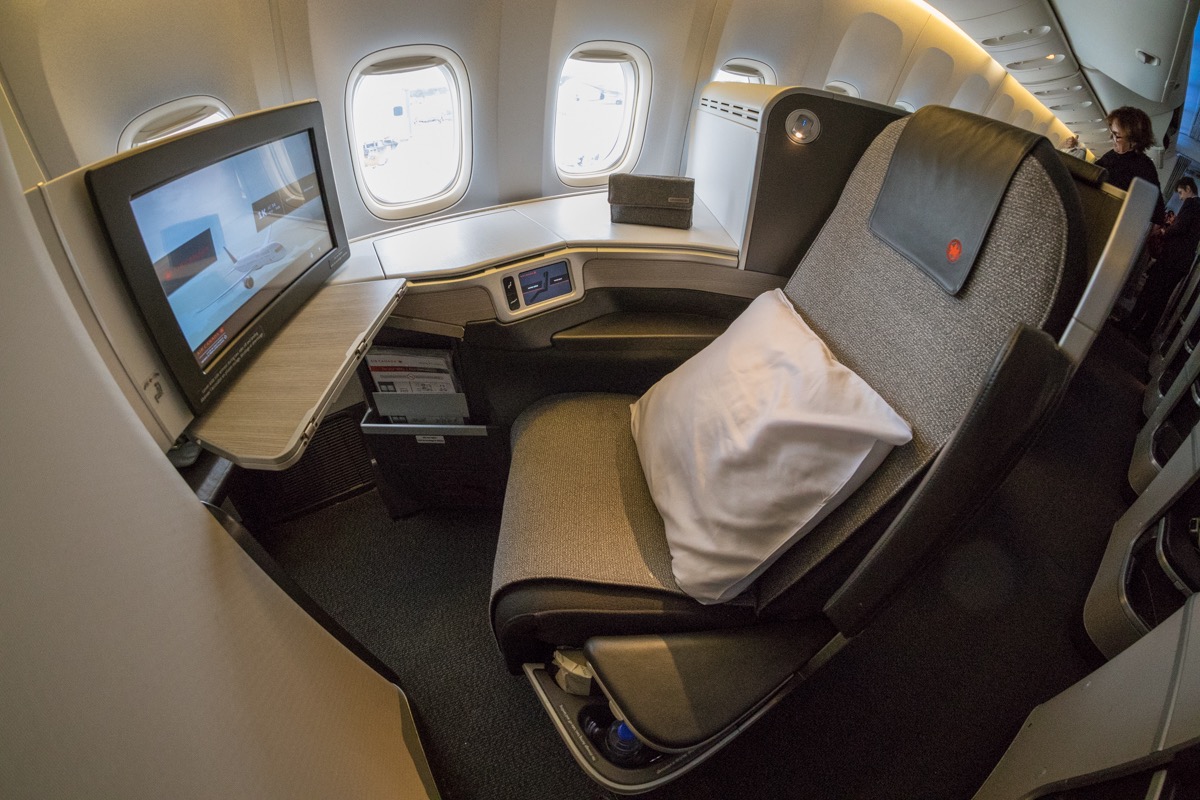 When you’re given an upgrade for free, you can’t really complain too much.

But from the point of view of someone redeeming miles for this flight, I would recommend looking at other options first, even if they aren’t direct flights.

United’s customer service tends to be outdated and unpolished, but generally warm, and this flight was no exception.

The flat beds on the 787 Dreamliners are a huge improvement on the previous Transpacific offerings, but it baffles me as to why they didn’t go for direct-aisle access for all passengers on this new plane.

The food service was here and there, but filling, and the comfortability of the bed was impressive, so I’ll give them that.

If a direct flight to San Francisco is something that is important to you, and there are no seats on the Qantas flight, then this is your only other option, and it is average at best.

If you do have a little more time, perhaps consider flying with another airline through Los Angeles, Fiji, Hawaii or New Zealand; and if you have even more time and want better service, a routing through Asia might be the ideal option for you.