Our guide to the American Express Lounge network.

One of the best perks of holding an American Express Platinum, Business Platinum or Centurion card is unlimited access to American Express’ global lounge network. Card members can enter these Amex lounges before a flight, no matter which airline or cabin they’re flying.

(Holders of these cards also enjoy access to Virgin Australia lounges and Delta Sky Clubs when flying these respective airlines, as well as all Plaza Premium lounges. Plus, they score an unlimited Priority Pass membership.)

Even better? The list of Amex lounges just got longer, with the opening of the American Express Centurion Lounge in London. Plus, Amex is also upgrading their Sydney and Melbourne lounges to Centurion standards. Happy days for Australian high flyers.

A few other lower-tier American Express cards – such as the Explorer, Qantas Ultimate and Velocity Platinum cards – offer two complimentary visits to the Australian Amex lounges, as well. Here’s our guide to American Express lounge access, both in Australia and around the world.

Editor’s note: Many American Express lounges remain closed, including in Australia. This guide is being updated so we can provide the best information for you when broader travel opens up.

What are American Express lounges?

Centurion Lounges are generally a step up in terms of services and amenities, though you’ll mainly find them in the United States. Other Centurion locations include Hong Kong, and now London, Sydney and Melbourne.

These lounges are a space for card members to enjoy access before any airline flight. It doesn’t matter whether you’re flying Economy on a budget airline – if you have an eligible Amex card, you can get in.

There are also some non-airport lounge locations which vary in offerings. For example, the Amex Entertainment Lounge in Qudos Bank Arena (Sydney) welcomes card members, but you still need to purchase food and beverages.

You must have an eligible American Express credit or charge card to enter these lounges, plus be departing on a flight from that airport the same day. Unlimited access to both Australian and overseas lounges is free for Platinum Card and Centurion card members, along with two guests. Simply flash your metal on arrival.

The Sydney and Melbourne lounges also offer two complimentary visits a year for other Australian Amex card members with the following cards:

Remember that access through these complimentary passes is only for Australian lounges, not overseas. Each pass only admits one person, so a couple would need to use both passes to enter the lounge.

Like Platinum and Centurion members, you still only need to just flash your card for entry. Your passes will be deducted at the lounge reception. Thankfully, accompanying children under 18 can enter for free.

Starting from 1 February 2023, US Platinum and Business Platinum card members will lose their complimentary guest entitlements, due to overcrowding.

They’ll be charged USD$50 per guest (or USD$30 per child aged 2-17 years). However, if they spend more than USD$75,000 on eligible purchases in the previous calendar year, they’ll qualify for two complimentary guests over the following 12-month period.

Which airports have Amex Lounges?

As of October 2021, there are 24 American Express-branded airport lounges across the network. This includes two in Australia, 13 across the US, and eight scattered across London, Sweden, India, Argentina, Brazil, Mexico and Hong Kong.

The in-lounge experience can differ depending on where you’re flying out of. In general, you should expect the following amenities when travelling:

Centurion Lounges usually boast an elevated level of service and dining, including a la carte meals and an impressive drinks menu. You can access the lounge a maximum of three hours before your departing flight. This rule was recently put in place due to the increasing number of eligible card members. 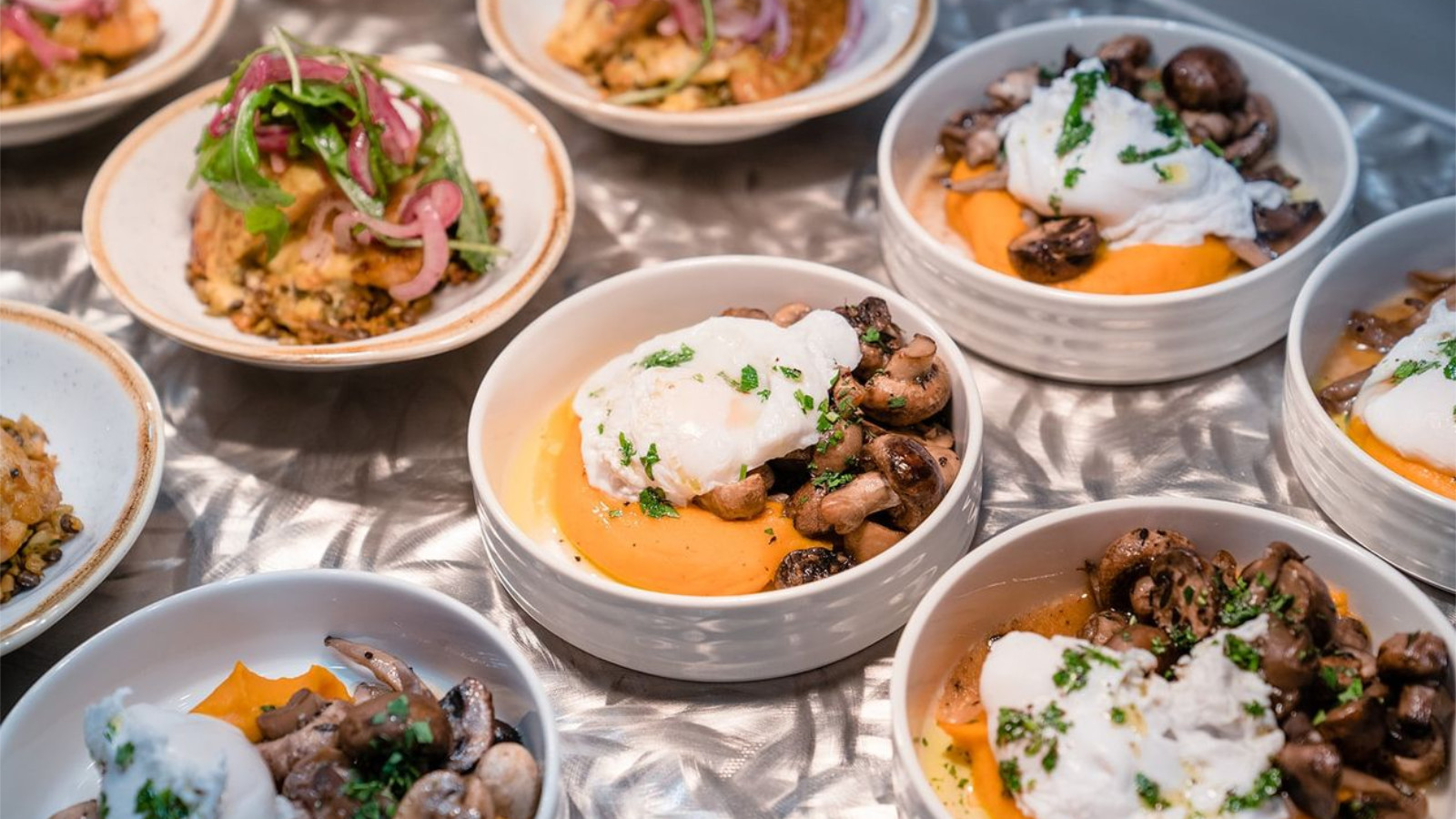 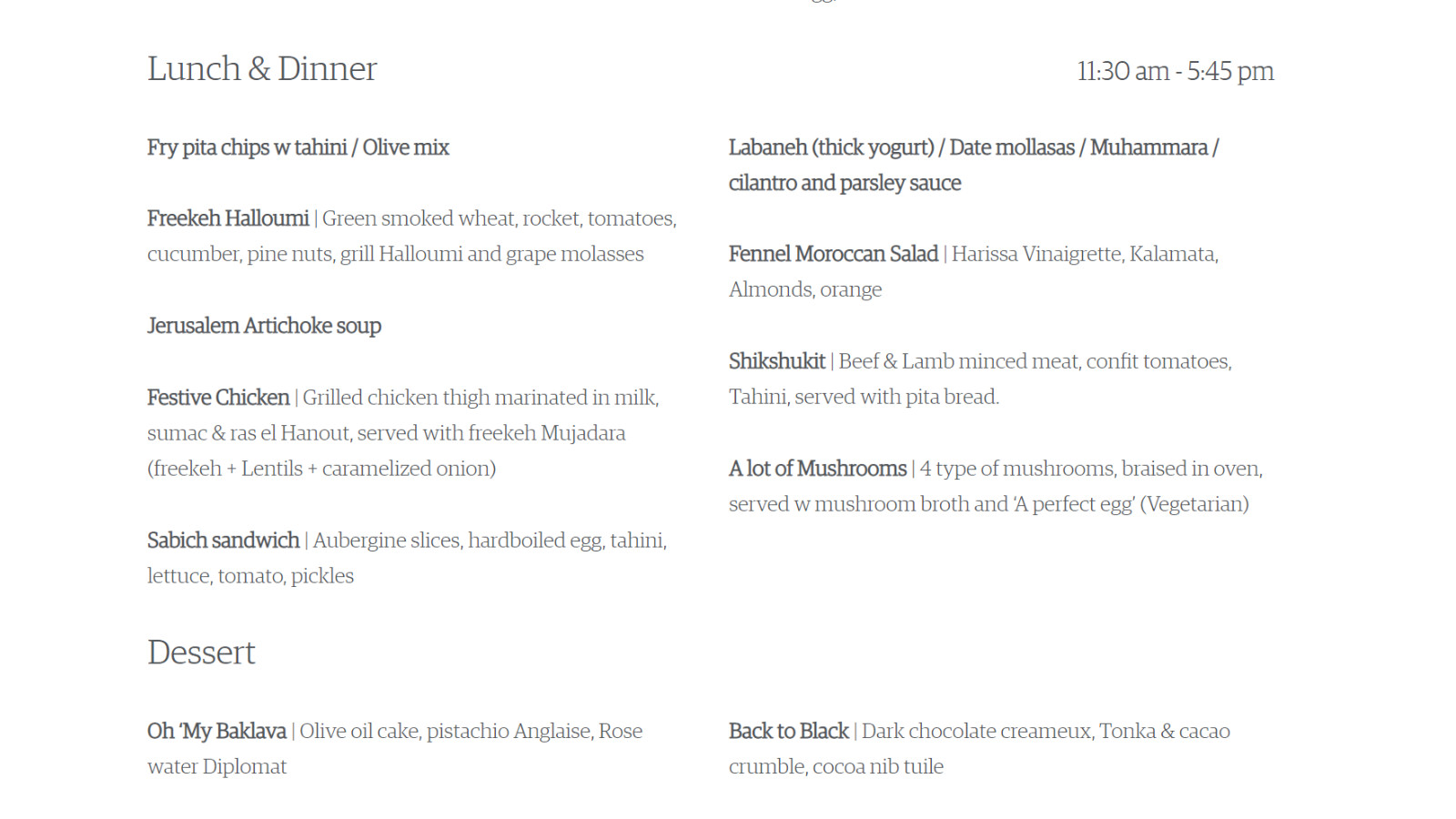 Amex’s newer Sydney lounge is a masterpiece, featuring plenty of space to work and dine. The a-la-carte menu features an assortment of beverages and made-to-order food. When it re-opens as a Centurion lounge, we expect a decent improvement in both the food options and the wine list. Pleny of places to charge up. Some of the dining choices (pre-Centurion lounge) 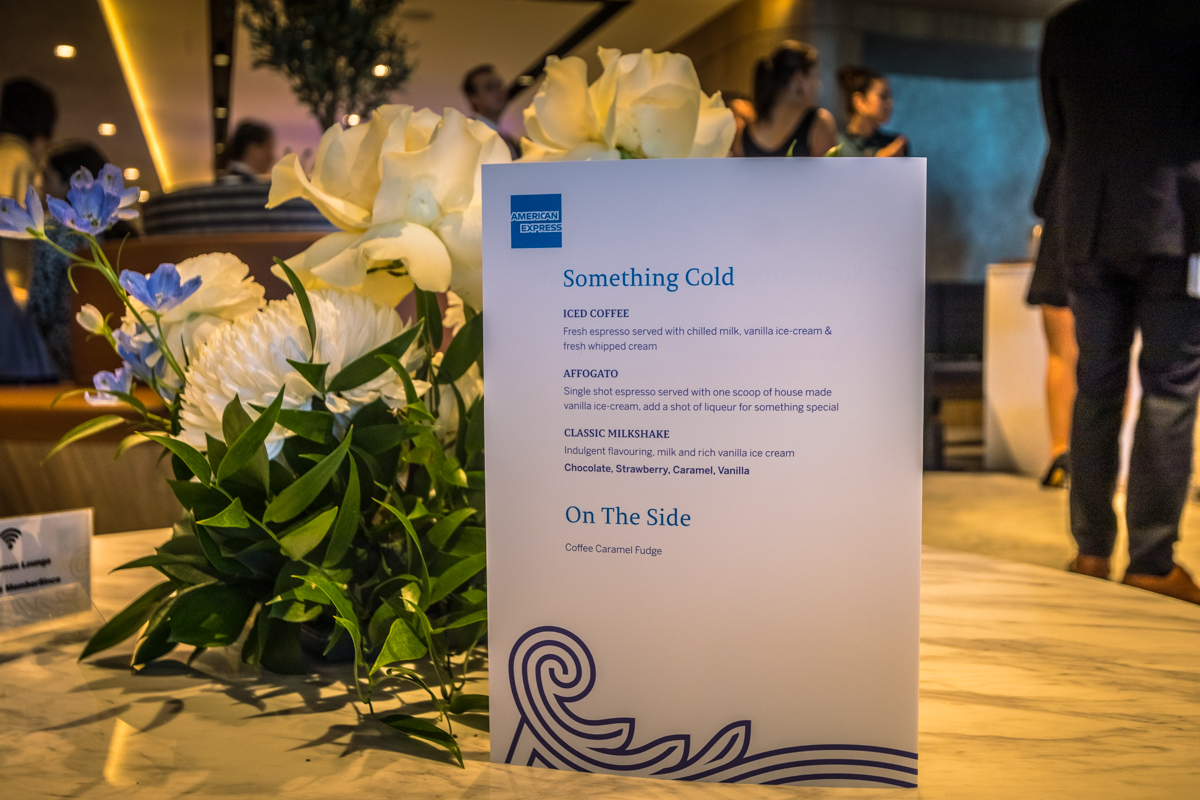 There’s certainly a lot to choose from (pre-Centurion) The Amex Lounge in Melbourne is a bit smaller than its Sydney counterpart, but still boasts various areas to chill-out before your flight. It too is temporarily closed due to COVID-19 travel restrictions. Once again, we hope it will improve when it re-opens as a Centurion lounge.

Our former writer, Matt Moffitt, visited the Stockholm ‘lounge’ in Terminal 5 in April 2018. It’s basically an exclusive area within a restaurant. The WiFi was fast and the service customer friendly, with a waiter offering made-to-order drinks and bringing trays of food to guests’ tables. The Centurion Lounge at SFO is located after security in Terminal 3, which conveniently connects to the International Terminal. So if your departing flight is from Terminal 1 or 2, while you can enter any terminal you like, make sure that you allow enough time to clear security again in your respective terminal.

It has Californian-inspired food and local Anchor Steam, Sierra Nevada, and Brew Free or Die beers on tap. The exclusively Napa Valley-sourced wine offerings at the automatic tasting area are also very cool. Plenty of food on offer! 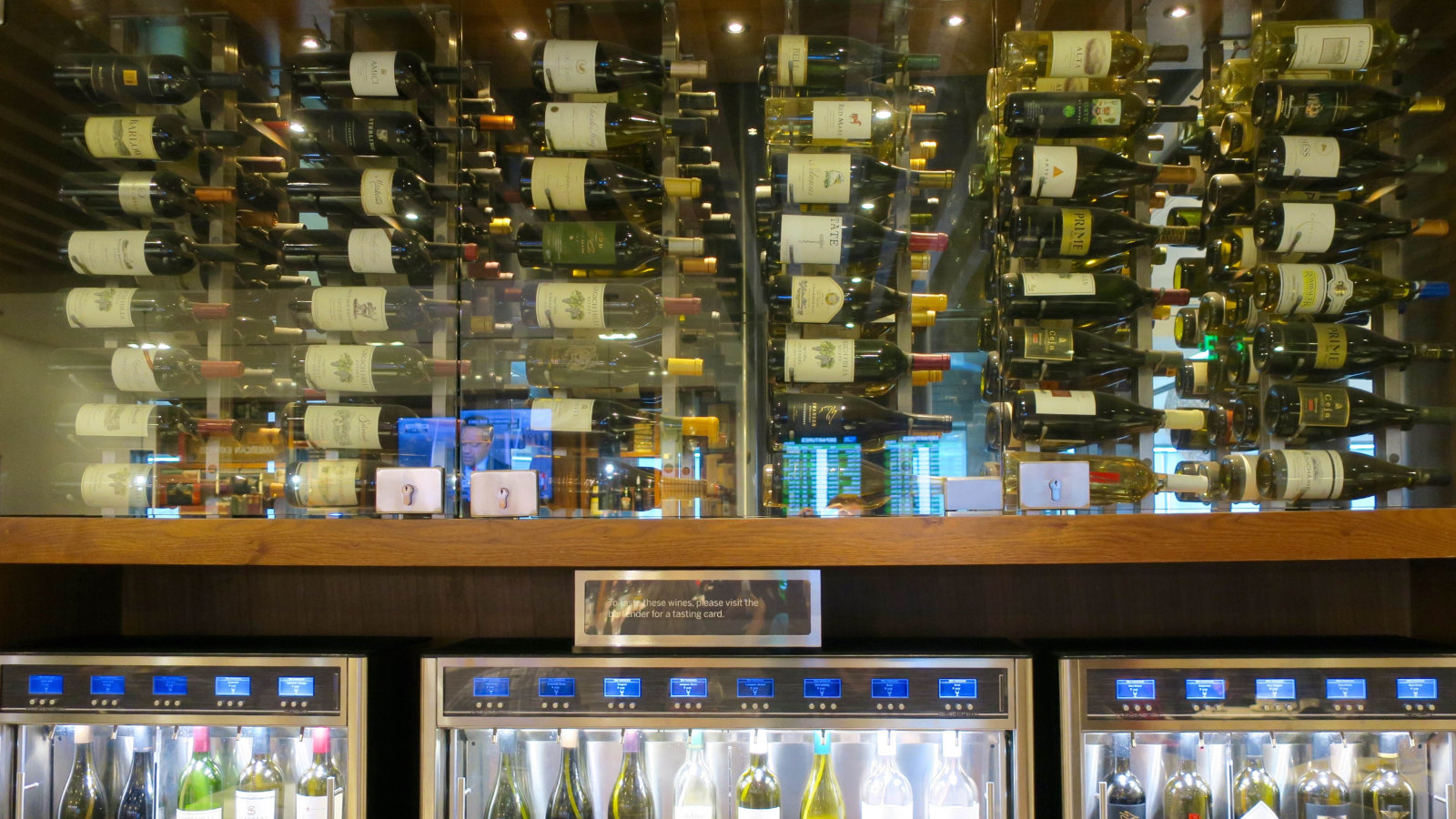 The wine stores are extensive. This lounge is located near Gate D12. It’s accessible from all terminals but we suggest using the Skytrain if you’re far away.

Matt visited this lounge on a typical Monday afternoon/evening in August 2017 and it was pretty packed in the main areas until 8 pm, after which it started to clear out. The size of the lounge has been expanded since January 2019. 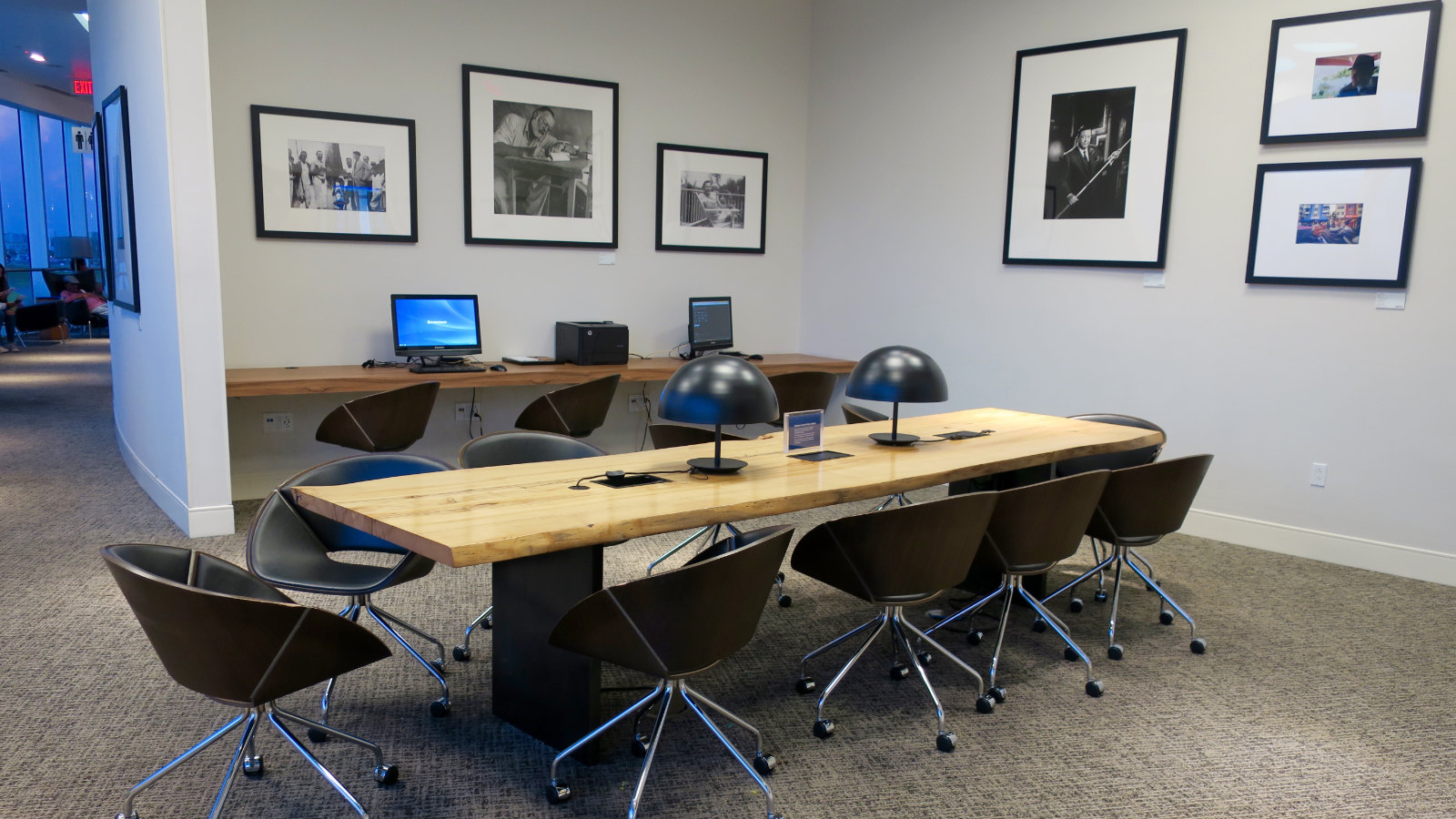 Be productive at the Miami Centurion Lounge. 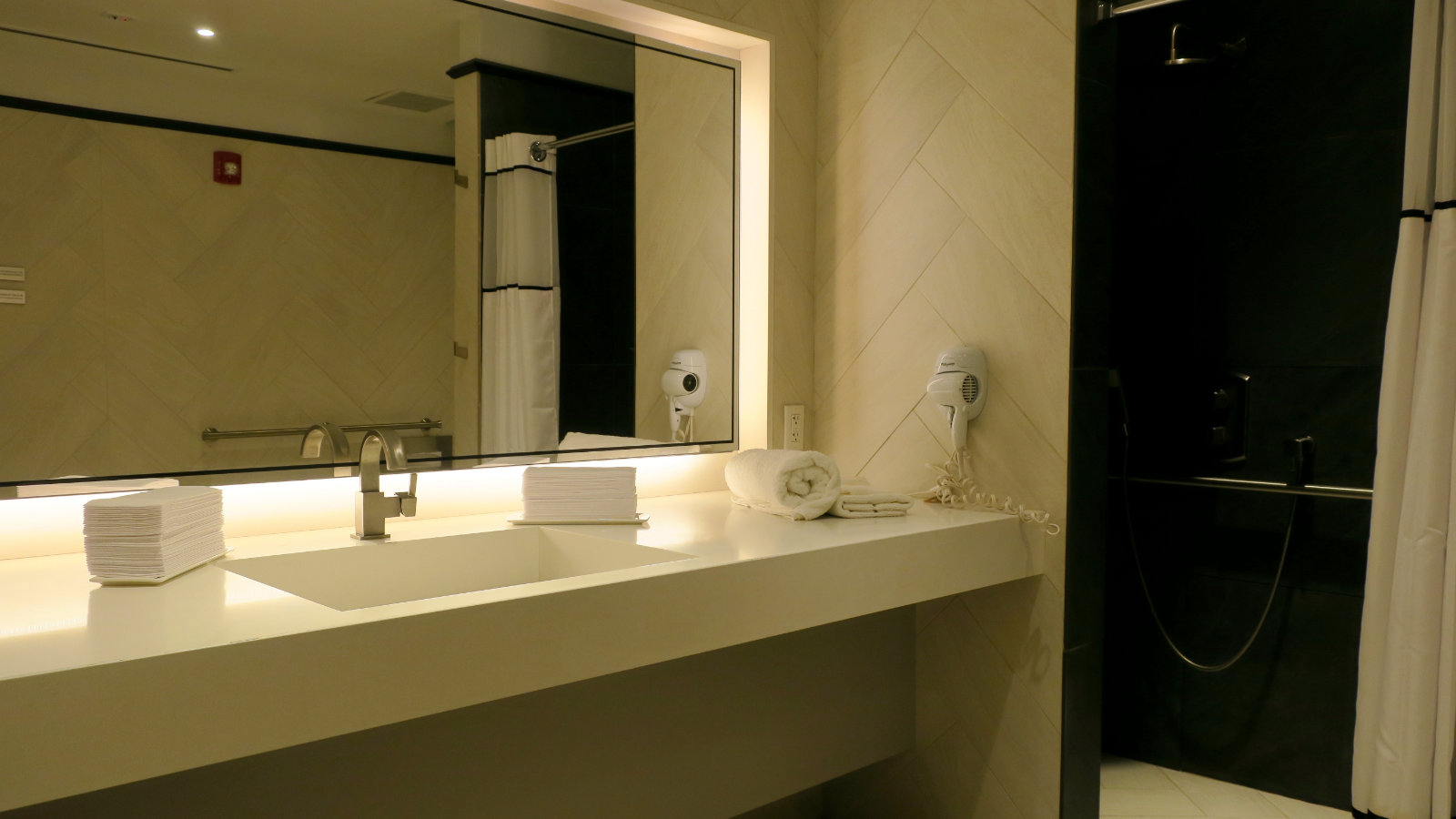 Inside the Miami Centurion Lounge.

Pleasingly, there are some good views of the apron. You can also avoid the crowds by returning to the front desk (facing the exit) and using the workbenches curving to the left. Alternatively, the workbenches, seats and lounges to the right offer the chance for some shut-eye.

The Houston lounge can be a bit hard to find. It’s tucked away via an elevator located in the duty-free store at the top of the escalators, after security in Terminal D.

The good news? If you’re departing from another terminal at Houston, you can connect to Terminal D without having to re-clear security. Like the other Amex lounges in the US, it is beautifully appointed.

American Express Lounges are a valuable space for customers who don’t usually enjoy airline lounges, or want to make the most of generous family and guest access privileges. As a downside, these lounges can be quite crowded – since many people are eligible for access. However, this is being addressed in the US by cutting guest allowances.

Supplementary images by American Express. This article was previously written by Matt Moffitt.

Up to 200,000 Membership Rewards points with the American Express Platinum Card

300,000 bonus Membership Rewards points and half the annual fee in the first year with the American Express Platinum Business Card