In the Qantas and Velocity (Virgin Australia) frequent flyer programs, Gold status is widely regarded as the sweet spot to aim for in terms of the complimentary benefits — you will get priority check-in/boarding/baggage and most importantly, lounge access before any flight with the airlines’ partners.

With Platinum status requiring double the amount of Status Credits of Gold, you need to put in significantly more time and money to bridge the gap. If you have barely reached Gold status, then despite how tempting Platinum status is, it will likely not be economical to expend the extra effort.

We take a look at the extra benefits of Platinum vs Gold for both Qantas and Virgin Australia so you can weigh up whether it is worth the extra flying.

You can also choose a Loyalty Bonus of 50 SCs for every 500 Status Credits you earn, meaning you will get one loyalty bonus on your way to Gold and another on your way to Platinum.

The main benefits of Qantas Platinum are:

The excellent Qantas First Lounges are yours to access with Qantas Platinum status.

With double Status Credit promotions and flying via multiple cities, that cost could drop by more than half, but requires a lot of forward planning.

With that in mind, here is what to consider:

If you are very close to your anniversary date and nowhere near Platinum, then it will be tough to get all the required Status Credits in time, plus you will not have as much time to enjoy it the following year.

But if you are based regionally and only fly domestic, then the experience will not be too different overall compared to being Gold.

If there is not much future travel on Oneworld airlines, then you might have to resort to ‘status runs’, which are basically flights booked mainly to collect Status Credits. I personally will not recommend this due to the time and cost involved for not much benefit—try to make each trip worthwhile.

Velocity Gold is earned with 500 Status Credits and four eligible VA flights within any 365-day period.

Velocity Platinum is yours for 1,000 Status Credits and eight eligible VA flights within the rolling one-year calendar.

The main benefits of Velocity Platinum are:

As an example, the 500 extra Status Credits you need over Gold can be obtained from flying Sydney to London return in Business Class with Virgin Australia and Virgin Atlantic via Hong Kong (560 SC + four extra eligible VA sectors for ~$6,900).

If you have Velocity Gold and aiming for Platinum, here is what to consider:

The Velocity website will tell you when the next batch of Status Credits is due to expire. If you are unlikely to make use of these enhancements, then Platinum will not be worth it. Gold members already have access to all other VA partner lounges and have on-arrival access to domestic lounges ‘subject to availability’.

If work normally books Freedom fares, then you are in luck.

As a Platinum, you would have the highest priority for upgrades, but it would not matter if you do not have the points to splash or prefer to use the UpgradeMe Bid facility.

As above with Qantas, the same ideas about whether you have lots of forward travel booked and if you can take advantage of a sudden Virgin Australia double Status Credits promo also will factor into your decision.

There’s no denying that Platinum status is a shining beacon to aim for, but we have to remember not to get carried away in our quest for that elusive top-tier level.

Sometimes there’s just not enough time or future travel booked to make it to Platinum, and it would be unwise to splash out a lot of cash in an effort to fly around just to earn Status Credits.

In those cases, it’s best to settle for Gold and try again in the future when the stars are more aligned. 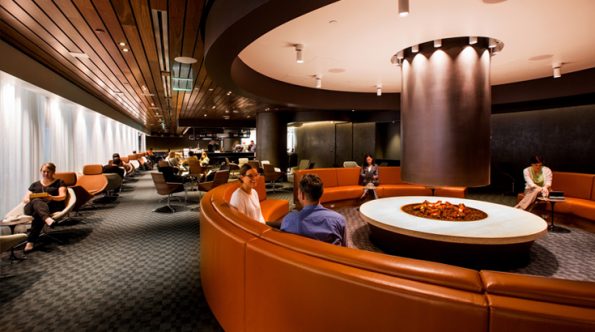 Read the guide here
Is it worth going the extra mile from Gold to Platinum status? was last modified: October 20th, 2020 by Evin Tan Khiew