How to fly to Singapore using Qantas Points

Your points unlock travel on three airlines that fly between Australia and Singapore.

Singapore is one of those perfect destinations – safe, and great for weekend getaways or business trips alike. The Lion City’s proximity to Australia means it’s an easy 5-hour ride from Perth or an 8-hour jaunt from the eastern states.

Right now, your Qantas Points unlock reward seats on three airlines that fly direct between Australia and Singapore. Fly in the comforts of Qantas Business or take the whole family with Jetstar – the choice is yours. And don’t forget to read up on what to expect when flying to Singapore.

Wait, can I travel to Singapore?

Under the Vaccinated Travel Lane (VTL) scheme, fully-vaccinated travellers can travel from Australia to Singapore without quarantine. At the time of writing, all Qantas and Jetstar flights from Australia are designated VTL flights.

Eligible fully-vaccinated passengers can fly back to Sydney or Melbourne without quarantine, though testing on arrival may be required.

In early 2022, we expect Brisbane, Perth, Adelaide and Darwin to also start accepting international arrivals without quarantine. This is dependent on individual state/territory rules (e.g. reaching a 90% vaccination threshold).

Eligible passengers who can enter Australia without an exemption include:

See the Home Affairs website for the latest details. Although you don’t need an exemption to enter Australia, you still need to follow any state or territory-based rules and restrictions, including entry passes and possibly quarantine.

1. Flying to Singapore with Qantas

With Emirates no longer flying from Melbourne or Brisbane to Singapore, Qantas now boasts the best overall experience for your points. The four routes offered are:

All four cities usually have a daily flight between Australia and Singapore. Sydney has an additional flight that forms part of the Sydney-Singapore-London ‘Kangaroo Route’. This restarts from 27 March 2022 – initially with a Boeing 787, then later with an Airbus A380 by November 2022.

Here are the Qantas Points needed for Qantas reward seats between Australia and Singapore, each way. Taxes are extra and hover around AU$450 for a return Business reward booking.

In a nutshell: quite comfortable. All flights to Singapore are in widebody jets, so you have more room to stretch out. In Business, you’re ensconced within the Qantas Business Suite with lie-flat seating and full aisle access.

On the flagship QF1 flight from Sydney to Singapore (which goes on to London), you also have Premium Economy available. Once the Boeing 787 swaps out to an Airbus A380 in late 2022, First will be the fanciest way to fly. Sit back and relax as you enjoy the best of Qantas Business. All food, drinks and entertainment are included with a ticket in Qantas Economy. 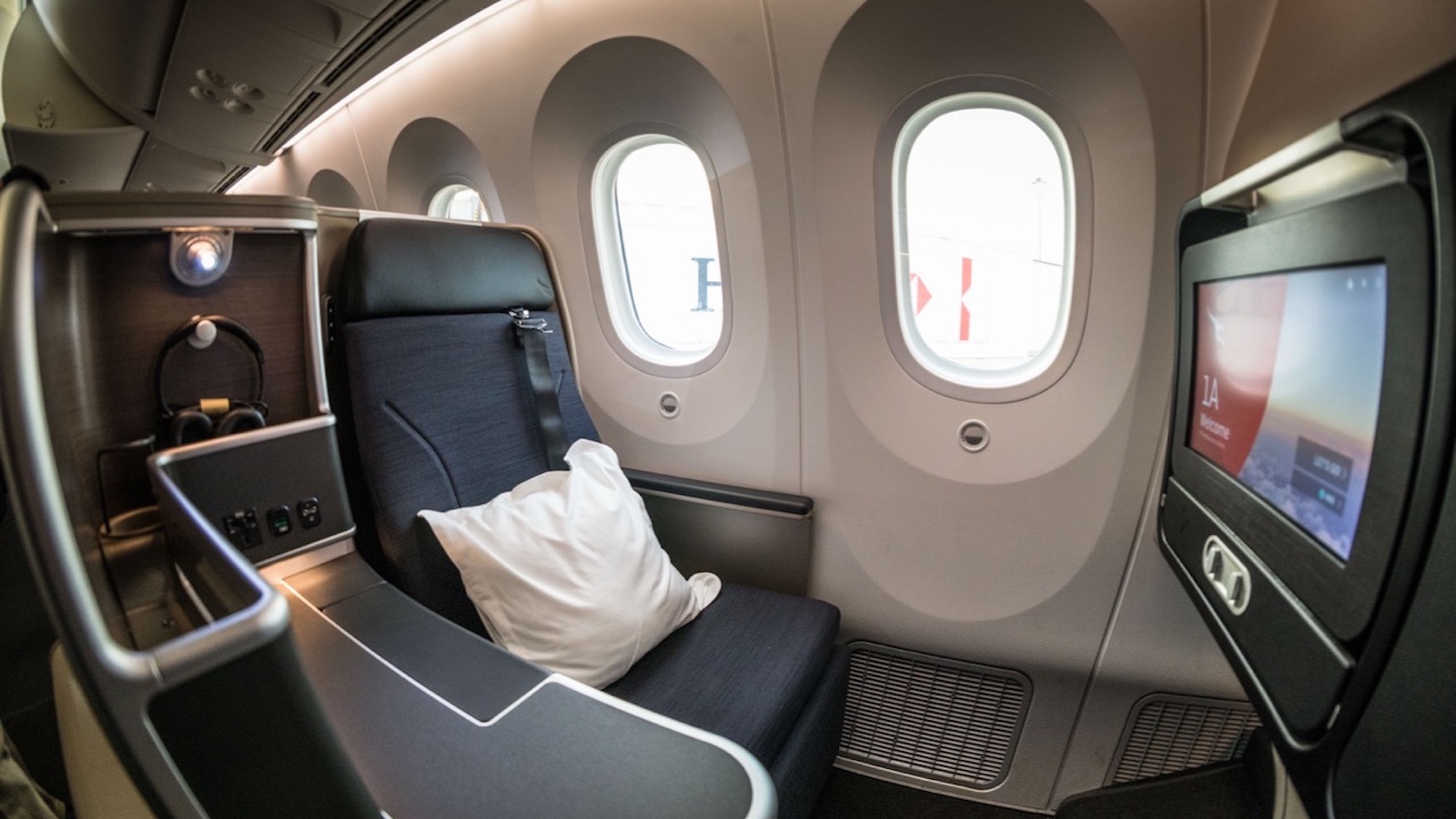 The Boeing 787 Business cabin is available until November 2022. 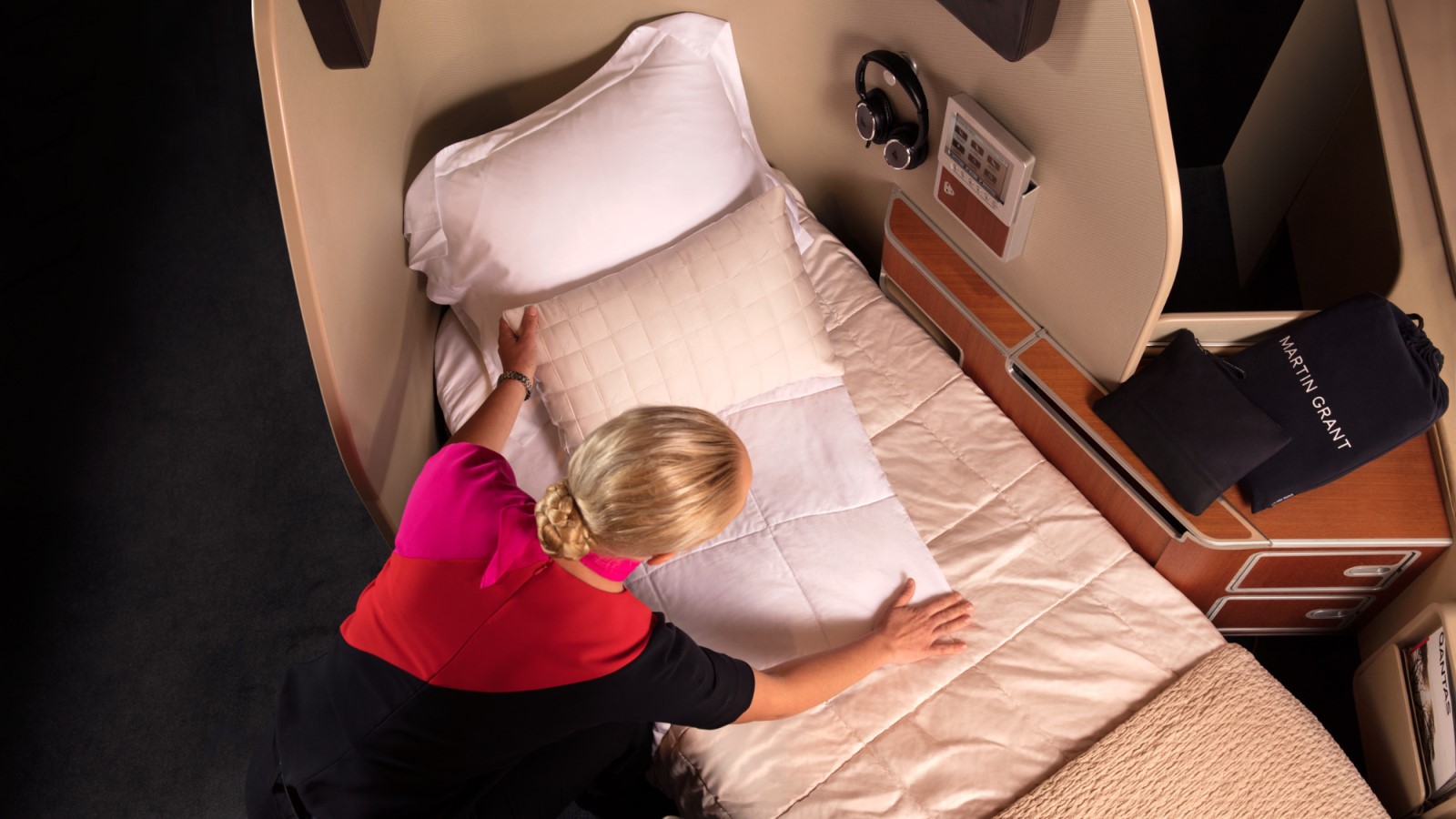 Save your points and splurge on Qantas First!

2. Flying to Singapore with Jetstar

If you’re not looking for all the frills, Jetstar might fit the bill. With flights to Singapore planned from three cities, it’s a useful alternative. You’ll be able to fly Jetstar from:

Melbourne’s Jetstar flight kicks off from 16 December 2021, with up to four flights a week. The Boeing 787 is surprisingly spacious in Economy, and also offers a Business Class cabin as well. We generally regard Jetstar’s Business Class as similar to Qantas Premium Economy in terms of the seat and service.

Darwin to Singapore starts from 21 December 2021 with three flights a week. A daily Perth to Singapore flight is slated for early 2022, depending on when Western Australia gets around to opening its borders. Both are operated by Jetstar Asia’s Singapore-based crew and Airbus A320 single-aisle jets.

Here are the Qantas Points needed for Jetstar reward seats between Australia and Singapore, each way. Taxes are extra and hover around AU$420 for a return Business reward booking.

It should be no surprise that as a low-cost carrier, Jetstar’s planes are a bit tighter on legroom. Do keep that in mind. If you’re able to, we definitely recommend paying for an extra-legroom seat for greater comfort. Although Jetstar Starter fares don’t include luggage, you get at least 20kg included with Qantas reward seat bookings. All other extras aren’t included, so you’ll need to pay for meals and so on.

In Jetstar Business Class from Melbourne, a boosted 30kg baggage allowance is included, plus two meal services with beverages and snacks. But you don’t get lounge access unless you’re already a Qantas Club member, an elite Qantas Frequent Flyer member, or attach a complimentary lounge pass to your booking. 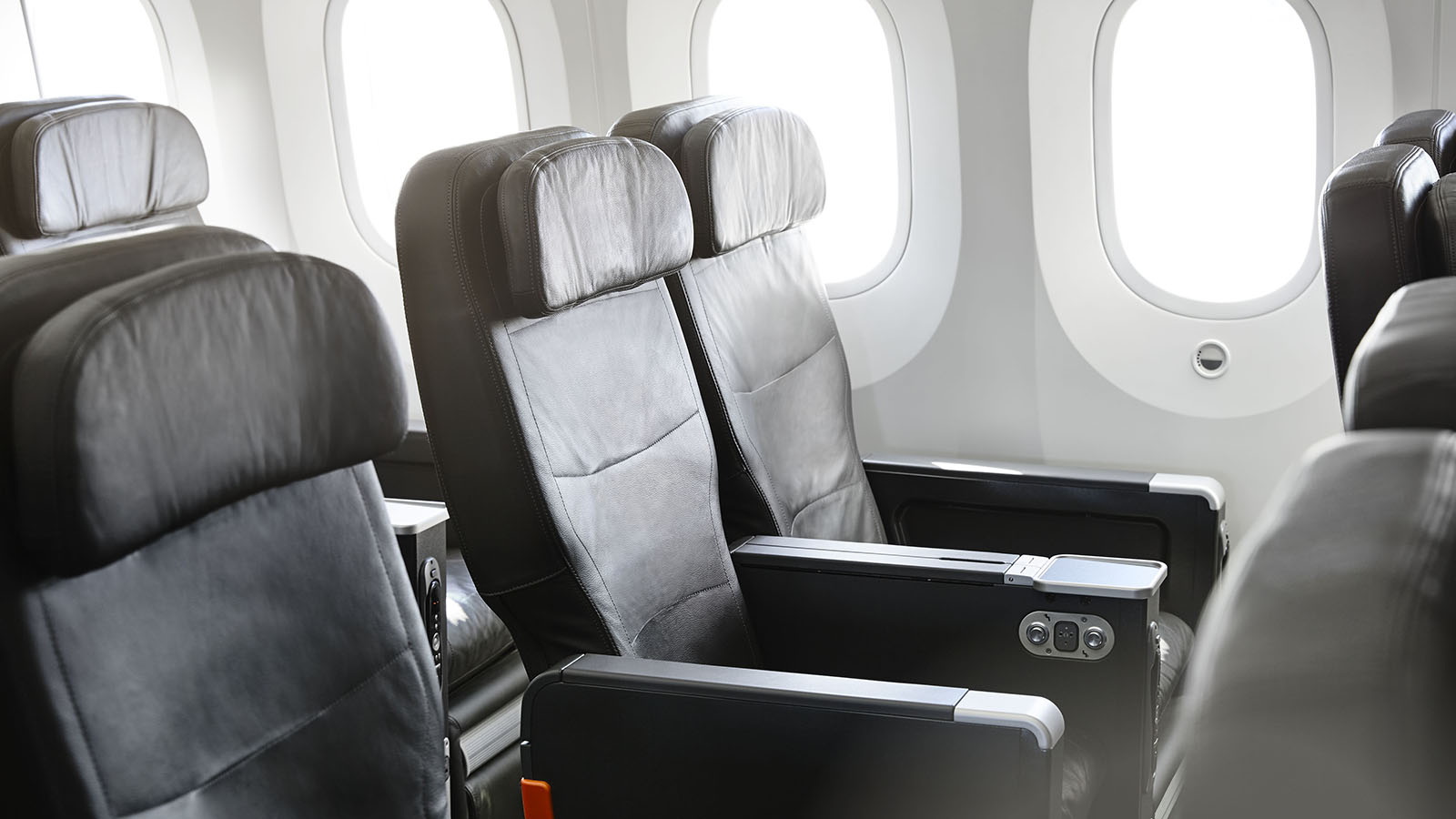 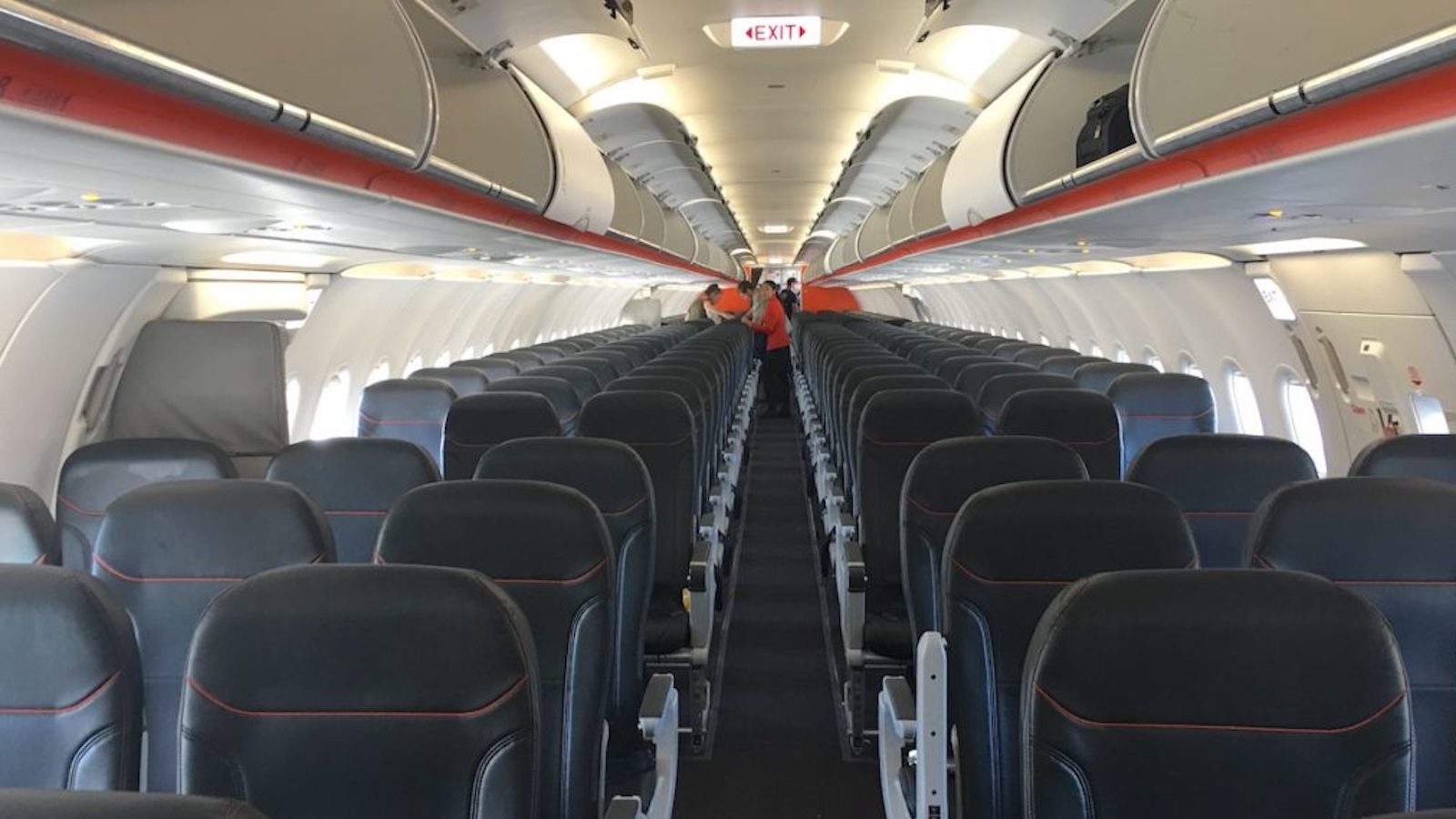 3. Flying to Singapore with British Airways

Not everyone will know about this option – after all, you have to be living in Sydney to take advantage of it! But British Airways flies a Sydney-Singapore-London ‘Kangaroo Route’ as well. You can book the Sydney-Singapore leg as a standalone flight with cash or Qantas Points.

Here are the Qantas Points needed for British Airways reward seats between Australia and Singapore, each way. Taxes are extra and hover around AU$456 for a return reward booking in any class.

The fun starts in Club World Business Class with lie-flat beds, though the seats are arranged in a forward-backwards layout – which means you might find it a bit tight. At the front is First Class, with eight spacious seats. It’s not revolutionary by any means, but we’re sure you’ll still be happy there. BA World Traveller Plus provides extra space on board. With Qantas Points, you have up to three different carriers to choose from on your next jaunt to Singapore. From Sydney, that includes Qantas or British Airways – both of which can offer First Class and Premium Economy.

From Melbourne and Perth, you have the choice of Qantas or Jetstar. Darwin offers Jetstar only for the short flight, and Brisbane-based travellers can settle for the Red Roo.

Overall, Qantas is still probably the pick of the bunch. The points needed are slightly higher than Jetstar, but you do get more inclusions in both Economy and Business. British Airways is worth considering from Sydney, but you’ll need to pay more points and taxes in comparison.

Jet off to Singapore in style with a new credit card sign-up bonus.

How to fly to Singapore using Qantas Points was last modified: November 26th, 2021 by Brandon Loo

What to expect when flying to Singapore