How to fly to the US with Qantas Points

Including options on Qantas, American Airlines, Cathay Pacific and more.

As we start to spread our wings once more, thoughts turn to catch-ups with long-lost friends and families overseas. The United States is one of the most popular international destinations from Australia. Your Qantas Points unlock travel on Qantas, American Airlines, Fiji Airways – and a host of other partners.

How many Qantas Points will I need to fly to the US?

You’ll need anywhere from 51,300 to 227,500 Qantas Points to fly in comfort to the US, in Business or First Class. Of course, it depends on the airline and the cabin you choose. While we don’t imagine many of you will fly the ‘long’ way eastwards to the US, we’ve included the figures here for comparison.

Using Qantas Points for direct flights to the US

Qantas’ main flights to Los Angeles are available from Brisbane, Sydney and Melbourne. From Sydney, you can also hop on non-stop services to San Francisco, Dallas Fort Worth and Honolulu. Up in Canada, Vancouver is also now a permanent three-weekly flight out of Sydney in 2022.

Pre-COVID, the Red Roo also operated from Los Angeles to New York for connecting passengers, though this isn’t set to return for a while. Qantas is also planning to launch Brisbane-Chicago flights with Boeing 787s sometime in the future, which we’ve included in the map below. Both routes are in white.

Low-cost airline Jetstar flies from Melbourne and Sydney to Honolulu, which is another way to use your Qantas Points to fly to the US. These flights even have a small Business Class cabin (akin to International Premium Economy), which is comfortable enough for these flights.

Finally, we have American Airlines flying daily from Sydney to Los Angeles. It costs the same points-wise as if you were flying Qantas. However, the carrier charges are significantly reduced, saving you cash.

Finding availability on Qantas-operated flights to the US

Seeking out Business or First reward seats on Qantas flights to the US – especially for multiple passengers – is sometimes like trying to find a needle in a haystack. But they do exist. You just need to be diligent with how you search for reward seats.

From our years of experience, here are some tips to help your search:

Using Qantas Points for other partner flights to the US

There are a number of Qantas partner airlines that will also get you to the US indirectly when using your Qantas Points. If you’re flush with Qantas Points and don’t mind flying a long way, these options could certainly tick the box:

At first glance, adding an extra stop in Nadi doesn’t sound like a great option. But Fiji Airways’ Business Class cabin (if you can snag an Airbus A350 flight) is modern and fairly comfortable.

If you don’t have many other options, you may want to consider a transit in Nadi to work on your tan. Geographically-speaking, the route via Nadi to LA isn’t too indirect. 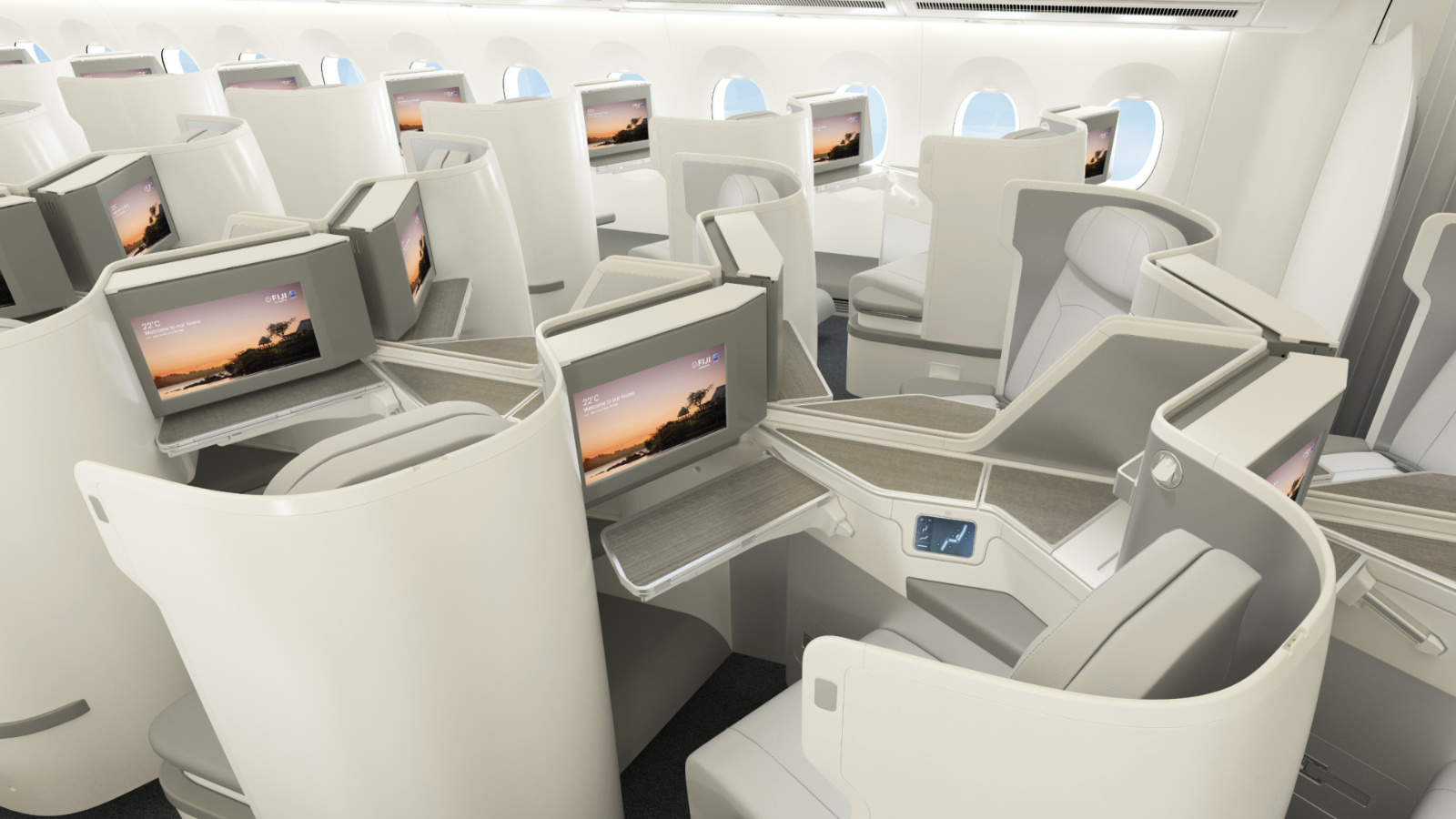 Cathay Pacific is a good option for flights to East Coast US (and Chicago), as the connection in Hong Kong only adds a few hours to the overall flight time. You’ll get to travel in one of the world’s best and most consistent Business Class products on Cathay’s Airbus A350 and Boeing 777 fleet.

To Los Angeles and the West Coast US, Cathay Pacific is less practical since there’s a significant amount of extra travel time from the east of Australia. Cathay Pacific flies from all major Australian capitals via Hong Kong to Los Angeles, San Francisco, Newark, JFK (New York), Boston and Chicago.

Japan Airlines flies to Tokyo from Sydney and Melbourne, with connections to many US cities. But be careful of which airport in Tokyo your flight departs from. Melbourne-Tokyo flights arrive at Narita, while Sydney-Tokyo flights use Haneda, which is closer to the city. You don’t want to end up with a connection spanning both airports.

Again, this is most practical for connections to the East Coast (Boston and New York) in terms of total travel time. So far, we’ve mostly looked at travel options from Sydney, Melbourne and Brisbane. But if you’re flying to the East Coast US from Perth, it’s worth considering the Middle East. The travel time isn’t that much more.

Alternatively, if you enjoy spending hours in Business or First Class and want to travel from East Coast Australia to East Coast US, you can still transit the Middle East to really stretch out the value of your Qantas Points.

Qantas has a maximum upper limit of 15,000 flown miles for a partner reward booking. Sydney–Dubai–New York, for example, comes in at just under that limit.

Emirates flies to the US via Dubai from Perth, Adelaide, Melbourne, Sydney and Brisbane. You could pick up an Emirates A380 in Sydney, Melbourne, Brisbane or Perth and connect to another in Dubai. This would be very tolerable in either Business or First Class!

Qatar Airways usually flies from Perth, Sydney, Adelaide, Melbourne and Canberra. Brisbane is slated to be added to the list if the airline can expand its capacity in Australia. Use Doha as a connecting port to East Coast US in the same way as Emirates. Most flights will feature the latest Qsuites in Business Class – luxury indeed!

Summing up: using Qantas Points to fly to the US

While Qantas and American Airlines are your best direct options to the US, Qantas has many other partners that you might be able to use points with. The direct flights have very limited availability, simply because they’re convenient and popular. For good reason, too – the transit requirements for many countries are constantly changing in the face of COVID-19.

Fly to the States in style with a new Qantas Points sign-up bonus.

Live outside of Sydney, Melbourne or Brisbane – or just can’t find availability on Qantas for your dates? Then knowing about the other options and partner airlines gives you a head start in finding alternative uses for your points.

The options begin to open up if you’re travelling further afield, with flights to the US East Coast quite easily done via Hong Kong, Japan and the Middle East. Just allow for additional travel time and check the transit requirements beforehand.

The good news? The number of points needed remains capped at up to 15,000 flown miles, which covers most conceivable routings. So you shouldn’t need more than 159,000 Qantas Points for a Business Class reward.

If you’re willing to be more flexible about your routes and travel time, then there should be some availability with one or more partner airlines on indirect routes. Happy hunting!

This guide was originally written by Matt Moffit.

How to fly to the US with Qantas Points was last modified: November 9th, 2021 by Brandon Loo

How to efficiently search for reward seats