On the Sydney – Abu Dhabi route there is Premium Economy and Business Class space on most dates the flight operates until late January, a gap (which I believe is when the 777 reconfiguration is probably taking place) until March when it’s readily available again.

On the Sydney – Los Angeles route there are a couple of flights per week, usually on Wednesday and Thursday, sometimes on Tuesday, with both Premium Economy and Business Class space, but only from mid July 2016 onwards. This is probably timed with the introduction of the reconfigured fleet on the route.

So it looks like Virgin and Velocity are putting some certainty back out there with award availability again – a good thing. It’s not quite as available as it was before the availability restrictions kicked in in August – but it’s not bad.

The best way to search availability across multiple dates is via a Delta.com Skywards miles account. Look at partner awards across a 5 weeks period, and look for the non-stop options – these will be Virgin Australia operated flights, and availability should match across to Virgin Australia’s site. 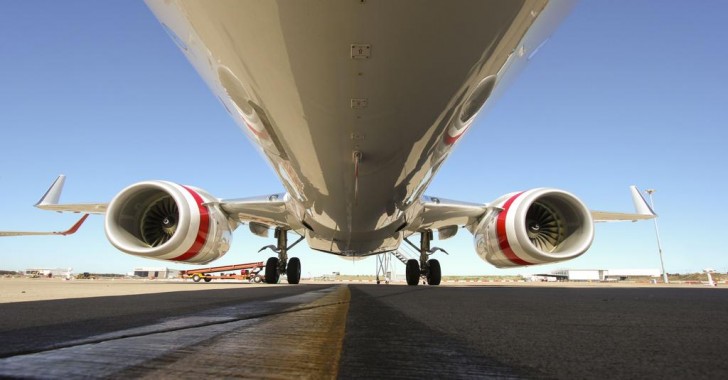 I don’t normally like publishing speculation as news, but there’s definitely something odd going on right now in the way Velocity are managing their Australia – to US reward seat inventory for Velocity members, and partners like Delta.

Looking for availability from late this year through to the end of the booking calendar in 2016 offers virtually no availability in Business Class on either of the Sydney or Brisbane flights.

I’ve lauded Velocity just recently for their excellent availability as one of the selling points of their program, and they proudly proclaim they have two awards for their reward seat and redemption ability – so this needs your attention if you’re engaged in Velocity, and their attention to do something about it.

Current Velocity availability across the Pacific

Virgin flies to Los Angeles from Sydney and Brisbane directly on a daily basis.

I’ve been through both Brisbane and Sydney to Los Angeles flights, both ways, and noted the dates for which Business Class is available using Velocity points – for 1 passenger.

This Google doc shows what’s available in both Business and Premium Economy, as of midday 27th August, and of course availability can change.

This is in contrast to just a couple of weeks ago when you could find several seats on many days into the future, and to the end of the booking calendar.

What is causing this?

This is almost definitely related to the reconfiguration of their 777 and A330 fleet to their new Business Class product which is underway and should conclude by March or April next year.

In the A330 that has the Business Class cabin being reduced by 8 seats, down from 36 to 28. In the 777 though, capacity in Business increases by 4 seats.

The uncertainty around timings of new aircraft on the route seems to be playing a part in them holding back Business Class availability to Velocity members.

The lack of availability goes on well past April, which is when the reconfiguration is to conclude.

Finally I’ve also heard rumours of new processes between the airline and the loyalty program for releasing award seats, which may affect the dates at which award seats appear available to booking for Velocity members. As this isn’t confirmed, it’s not possible to say whether this is causing an impact.

What is Virgin’s position on this?

Informal communications between a few different Velocity members and Velocity that have been relayed to me have indicated that front-line staff have very little knowledge of what’s going on, with a standard response of ‘award availability is always limited but can also change’ coming back.

For something more concrete, I reached out to Virgin Australia’s corporate communications group, who gave me the following quote:

We are currently seeing strong demand for Reward Seats from the East Coast of Australia to Los Angeles which affects availability. The reconfiguration of our Boeing 777 aircraft, which will be fitted out with new Business Class suites, a new Business Class bar and an enhanced Premium Economy cabin, is also due to commence in the coming months which also affects Reward Seat availability during the reconfiguration process.

Any ideas on what’s going to happen?

Reading that quote in absolute terms we can hope that it’s temporary and award availability will be sorted out in due course once details of the reconfiguration plan are bedded down.

Having said that, and given the new configurations have fewer seats in Business Cabin, there’s a strong chance that Velocity’s redemption availability across the Pacific has been permanently affected – probably not to zero seats, but at a level that’s not yet clear.

The biggest problem right now is the lack of certainty. With Velocity acquiring members with large points balances through lucrative signup bonuses, not following through with some of the ‘hero’ awards available on their network is a problem.

Virgin I think should communicate better about this to anyone who asks ‘where’s the all award availability gone between Australia and the US’ – at the least with some details on when they hope to have the new normal back up online for booking.

It’s also worth mentioning that there’s been no effect on domestic availability at this point that has been noticed.

What can you do?

I’m not suggesting anyone should panic and empty their Velocity accounts – far from it. This is more a call out to Velocity and Virgin to let them know they have their best customers concerned.

If you see a date with availability in the list above that works for your travel plans, and you have the points, I’d consider booking it. I wouldn’t book speculatively or just for the sake of using your points, although Velocity’s award cancellation policies are good – $60 dollars per person and a full refund in points.

Any and all members who have or had a booking in mind which they can’t get hold of should actively communicate any frustrations directly to them.

The best way to do this is in one of the following ways:

Try and be as factual as possible and let them know what it means for you in terms of loyalty program engagement and airline choice – such as ‘I am used to seeing seats available on X route and Y dates but I can’t find any, and I’ve heard availability is now much lower. If I can’t use my points for the seats I’m used to being free, I would consider taking my business elsewhere.’

I’d also suggest written communications instead of the phone in this case as it provides an audit trail of how many people this is affecting.

Anyone with any more background info on this can contact me using the help function on every page of the site.

Has this affected you?

Thanks to Milevalue who picked this up a week ago, and the couple of readers that have helped me with their research and comms with Velocity

Velocity award space with Virgin Australia long-haul slowly coming back with some availability to the US and Abu Dhabi was last modified: April 6th, 2020 by Keith

6 ways to get the most out of your Velocity Points

Flying with Virgin Australia, Singapore Airlines and Hawaiian Airlines are on the list. READ ON →

How to search an award seat with Velocity points

There are a number of different things to consider when redeeming your Velocity Points, such as award availability, fees and charges and award seat inclusions. We go through all of these here. READ ON →