How to get a two-year status match with Starlux

Taiwan’s enterprising new airline Starlux Airlines is not going to be on the radar of most readers here — and for good reason. The luxe carrier only launched passenger flights in January 2020 on leased Airbus A321neos, before getting caught up in the COVID-19 storm just mere months later.

But undeterred by the pandemic and backed by deep pockets, Starlux is going from strength to strength and is committed to adding a small First Class cabin to its upcoming fleet of 17 Airbus A350s, according to Focus Taiwan.

Where does Starlux fly?

Starlux currently serves just three destinations in Asia — Macau, Penang and Da Nang — all secondary cities, rather than major capital hubs. Flights to Cebu are also slated to begin by the end of this year, pandemic pending.

Even on those short routes, the carrier already boasts industry-leading lie-flat seats in Business Class on its single-aisle Airbus A321neos (pictured below), and a stock-standard Economy Class down the back. With the globe-striding Airbus A350s that the airline is planning to receive from the end of 2021 onwards, Starlux is planning to unlock more destinations in Northeast and Southeast Asia, and then eventually to cities along the U.S. west coast such as Los Angeles and San Francisco.

Flights to Australia haven’t yet been announced, but doing so would put Starlux in further competition with fellow Taiwanese carriers EVA Air and China Airlines, both of which serve Australia with the latest planes and Business Class products.

How do I get a status match with Starlux?

Cosmile is the loyalty program for Starlux Airlines. Here is a quick summary of the Cosmile tiers: 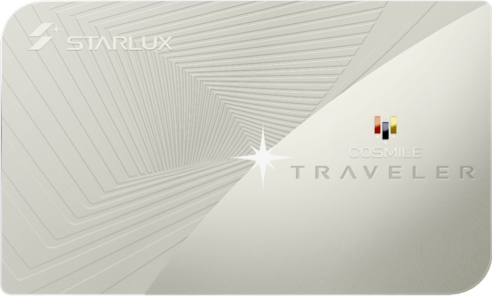 There are no substantial benefits to this entry status level. It just means you are a member of the Cosmile program and can earn and redeem miles. 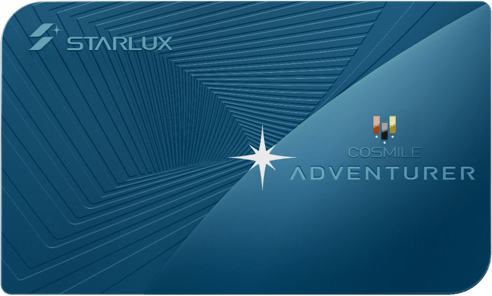 Until 31 October 2021, Starlux is offering a four-year status match to elite frequent flyers of many other airlines to its Explorer and Insighter tiers, though no official list is provided. If you think you qualify, here’s how to do the Starlux status match:

As a data point, my Qantas Platinum status was matched to Starlux Cosmile’s highest tier — Insighter — roughly five weeks after sending off the email, with the status being valid until March 2024. (It’s now a two-year status match).

Status match applications lodged after 1 January 2021 will follow the usual 24-month tier expiry rule, rather than granting a four-year bonus.

Why should I get a status match with Starlux?

Why not? In all seriousness, there is nothing to lose and it’s unlikely that a four-year status match offer will be available in the future. You won’t lose your existing airline status by matching with Starlux Cosmile.

Yes, Starlux doesn’t currently serve Australia and has not indicated any plans to. However, the airline could join an alliance (with oneworld being more plausible than Star Alliance and Skyteam), and/or form partnerships with other airlines down the track.

In either case, you could expect your Starlux status to suddenly be more valuable, especially if it gains oneworld Priority perks or reciprocal benefits from partner airlines that you might fly more regularly.

And of course, if you do happen to travel around Asia in the distant future and hop on a Starlux flight, then your status could unlock access to its VIP Lounge and other priority perks to make your journey smoother.

Starlux is a promising start-up airline with a focus on flair and the finer details of the travel experience. While Economy class seems fairly standard, there is a strong differentiation with its Business Class product. Undoubtedly, its future First Class experience will be excellent as well.

Including Starlux, the Republic of China (i.e. Taiwan) has three premium airlines, with EVA Air and China Airlines also known for its stellar offerings as well. Time will tell if this level of intense competition will result in greater wins for the passenger experience.

How to get a two-year status match with Starlux was last modified: October 29th, 2021 by Brandon Loo