Qantas recently announced a long list of changes to the Frequent Flyer program, including an increase of points needed for premium redemptions from 18 September 2019.

This will affect every airline that can be booked through Qantas Frequent Flyer, including American Airlines, Qatar Airways, Emirates and more. Unfortunately, it also marks the increase in points needed for the popular oneworld Award for round-the-world trips in Premium Economy, Business Class and First Class.

Economy redemptions are still better off overall, with fewer points required immediately. However, partner airline taxes and surcharges have not decreased.

For Premium Economy, Business and First Class, the first number in each cell is the current rate and the bolded number is the new rate as of September 18 this year.

Economy rates have already decreased so their new rates are reflected in the table.

In terms of points requirements, the changes are negative for anyone wanting to redeem for Business or First Class with Qantas or Emirates.

A simple trip from Perth to Sydney, Melbourne or Brisbane in Business Class will need 5,500 points more per person, each way. A couple flying return would need 22,000 more Qantas Points for the exact same trip.

For Los Angeles, that increase is 12,400 points in Business Class and 18,800 points in First Class each way, per person.

A return Business Class trip from Australia to London, an aspiration for many readers here, will go up by 33,200 Qantas Points per person.

The silver lining in the above points changes is that the availability of award seats in both Business and First Class on Qantas is also set to increase, meaning there is a greater chance of securing these premium seats, even in times of high demand. 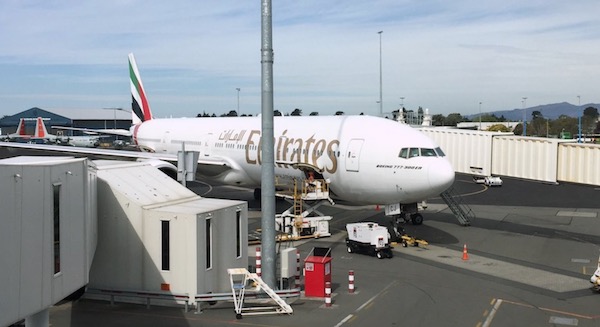 Other partner airlines will be on this rewards table. Here is the full list:

Like the Qantas Rewards Table above, Economy rates for partner airlines has decreased immediately following the announcement, with all other premium cabin rates going up from 18 September.

Short flights aren’t affected as much as longer flights. Australia to Europe on any of these partner airlines, such as through Hong Kong with Cathay Pacific or through Doha with Qatar Airways, will rise 20,000 Qantas Points each way per person in Business Class. Unfortunately, oneworld flight rewards will also see an increase. These awards are used when you have an itinerary that includes at least two oneworld airlines apart from Qantas and only consists of oneworld airlines (e.g. no Emirates or Jetstar flights are allowed).

The popular ‘round the world’ trip usually falls under ‘Band 10’, which covers travel up to 35,000 miles in total.

Read the Point Hacks guide to Qantas round the world redemptions

Again, Economy rates have already decreased, and come 18 September, there will also be a reduction in rates for all Premium Economy, Business Class and First Class for travel in Zones 1 to 8 (up to 16,800 miles). The changes here are more modest – decreases in Economy rates and small bumps in Business Class rates.. We still don’t rate using Qantas Points for Jetstar flights as particularly good value though, even in Business Class. How can I ensure my booking is charged at the current lower rates?

Redeem your Qantas Points and confirm the booking with payment before 18 September 2019 to ensure you lock in the lower rates.

What happens if I need to make changes to my existing bookings after 18 September?

Chances are your booking will recalculate at the new higher rate. Avoid making any changes to existing bookings where possible.

I have an existing Economy Class booking which is now lower in cost with the new rates. Can I get the lower rate somehow?

Yes, it’s possible at a price. You can cancel your reservation for 6,000 Qantas Points and get a full refund, and then book again at the new rate. Ensure there is still reward seat availability before you attempt this.

While it is not great that all our favourite redemptions will be going up in cost from 18 September 2019 onwards, there is not much that can be done except make the most of it.

If you have enough points now and have certain bookings in mind, it is definitely a great idea to try to lock them in now while the lower points rates still apply. Bookings and changes to existing bookings after 18 September 2019 will see the new rates kick in.

This is especially important for anyone considering the OneWorld ‘Round the World’ award in Business or First Class at the current pricing of 280,000/420,000 Qantas Points.

Get 55,000 Qantas Points with the Qantas American Express Ultimate