Qantas passengers will also benefit from the upgrades once the Roo returns to New York.

New York’s JFK Airport is getting ready for a resurgence in travel, as American Airlines and British Airways plan a suite of new lounges.

Later this year, both airlines will be under the same roof in Terminal 8. As part of a US$400 million (AU$565.3m) overhaul, travellers through T8 can look forward to an as-yet-unnamed ‘most exclusive lounge’. It’ll be a hybrid of the airlines’ highest-tier offerings – think a mix of AA’s Flagship First Dining, and BA’s The Concorde Room.

There’ll be benefits for Qantas passengers too, once the Red Roo returns to The Big Apple.

British Airways is shifting across to JFK’s Terminal 8 from 1 December 2022. Once that transfer takes place from Terminal 7, there’ll be a new combined check-in area for American Airlines and British Airways passengers.

The experience brings a rethink of AA’s current check-in systems, with a retirement of the existing Flagship First Check-In facility. In its place, a single priority check-in zone for the highest-tier flyers. On that list: 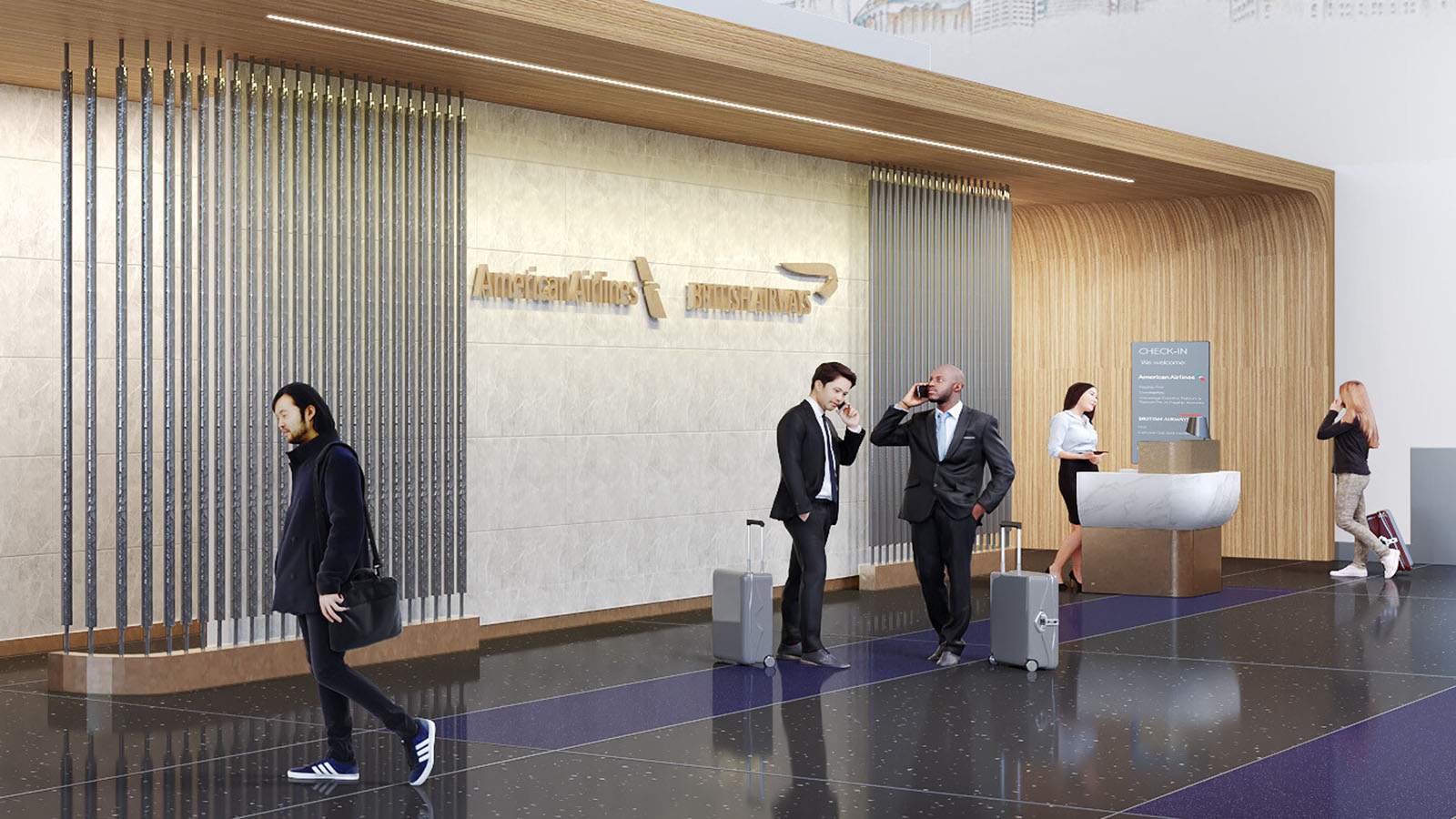 Expect a dedicated zone if you’re flying First Class or as a top-tier frequent flyer. Other works at JFK include five new gates for twin-aisle planes at Terminal 8.

A separate wing of the check-in zone will be dedicated to helping mid-tier travellers avoid the Economy Class queues.

This includes those departing in AA Flagship Business or BA Club World. They’re joined by AAdvantage Platinum members on those same flights, plus BA Executive Club Silver cardholders and other oneworld Sapphire guests.

Once you’re through the formalities, a new ‘most exclusive lounge’ takes pride of place pre-flight. 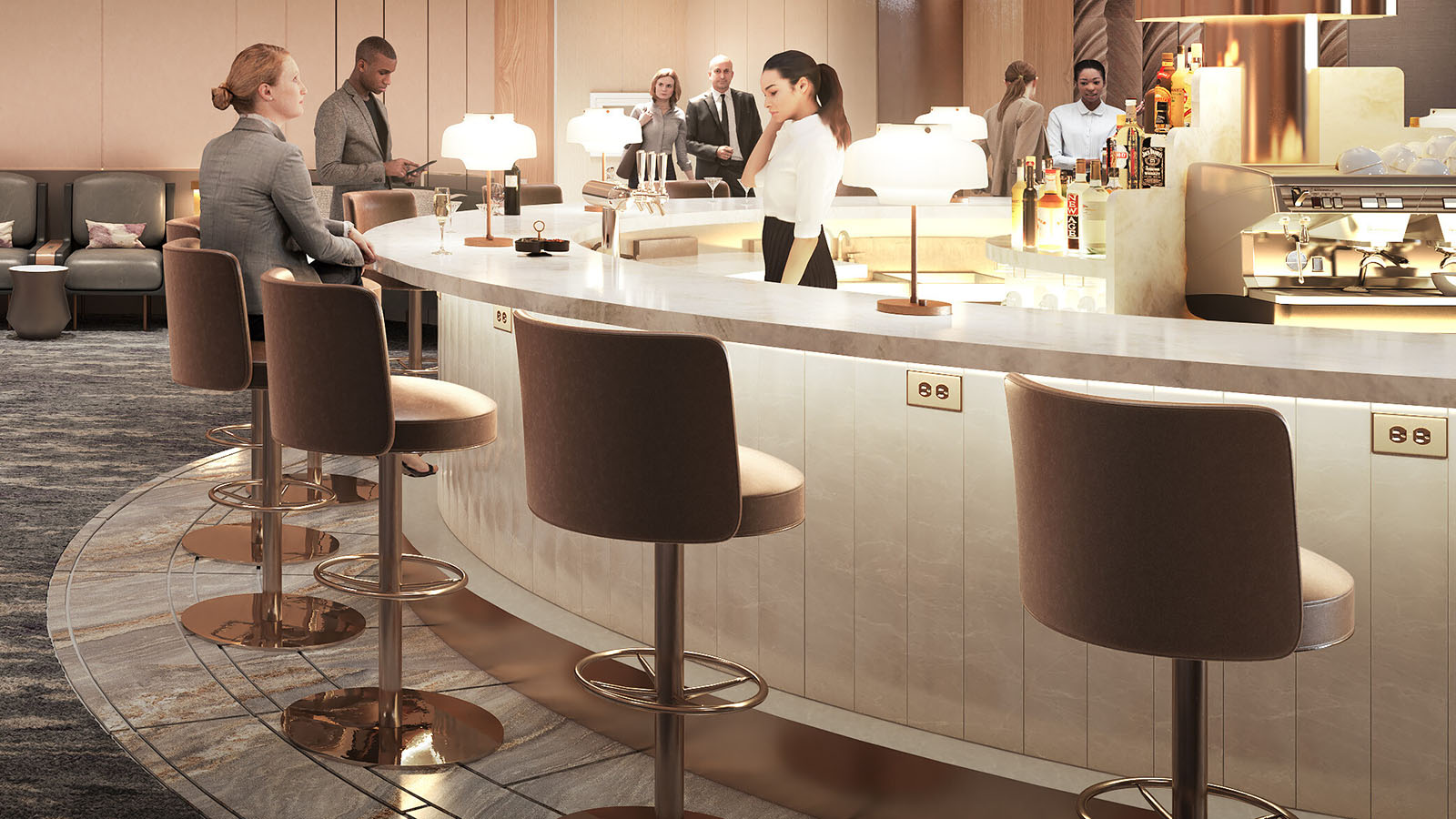 Head to the bar for a glass of Champagne – or, if you prefer, barista-made coffee. This lounge will combine the best elements of AA’s Flagship First Dining and BA’s The Concorde Room.

Arrive early and settle into the à la carte dining room. It’s perfect when you have an overnight flight ahead. Or perhaps pop by the Champagne bar for a pour, and savour it by the fireplace.

New York holds a special place in our heart as one of our most well-loved and important destinations.

Our move to the redeveloped and expanded Terminal 8 will bring a range of benefits for our customers, including a better transfer experience, enabling them to travel to more than 30 destinations across the U.S., Caribbean and Latin America with American Airlines.

A separate new-build lounge brings a welcome suite of amenities for other eligible flyers on American Airlines and British Airways from JFK.

These start with airside views, and continue with a library and self-serve dining. A second new-built lounge will stand ready to greet passengers on American Airlines and British Airways. Travellers can help themselves to meals, drinks and snacks. 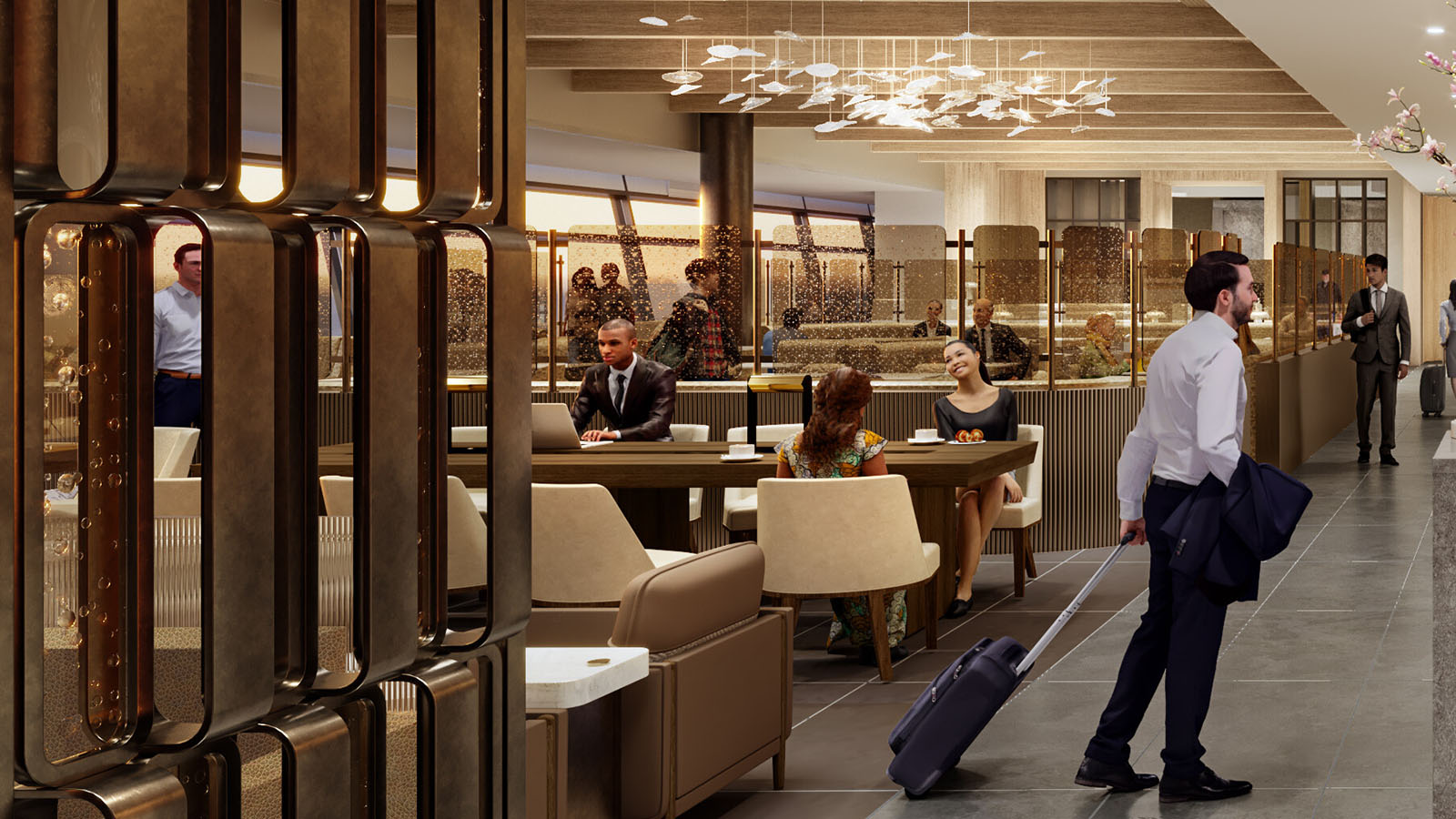 This lounge is shaping up to go strong on social experiences, with lots of places to mingle.

American Airlines and British Airways are targeting ‘an elevated, lively experience’ here. That’s why you’ll also find a wine bar, along with a separate cocktail lounge.

American is eager to welcome British Airways to its new home at JFK.

Its move to Terminal 8 further deepens our longstanding partnership and makes it easier than ever for customers traveling between New York and London or onward across our global networks.

The building of new lounges in Terminal 8 comes with the quandary of what to do with American Airlines’ existing JFK facilities. After all, T8 is already home to a renovated Flagship Lounge, along with two Admirals Clubs.

One of those Admirals Clubs sits on its own in Concourse C. As American’s domestic and short-haul passengers will still fly through Terminal 8, it’ll be retained for that purpose. 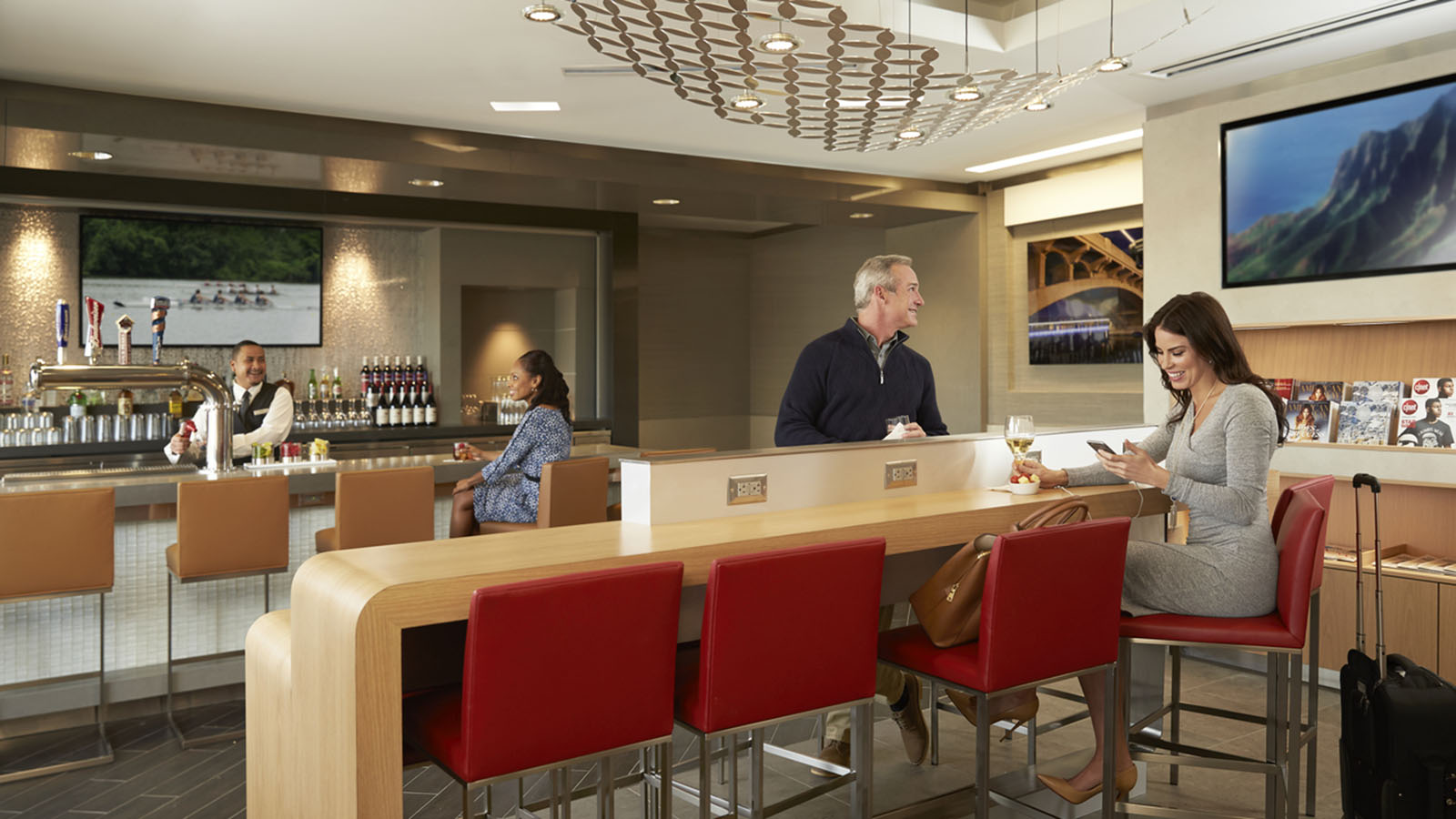 Its Admirals Club in Concourse C will remain available to domestic and short-haul travellers.

In Concourse B, the Flagship Lounge and that ‘other’ Admirals Club share the same entrance. That’s because the lounges are right next to each other.

Under AA’s plan, the walls between these two lounges will come down. This allows the airline to repurpose the space as one large lounge for Business Class customers.

With four tiers of American Airlines and British Airways lounges at JFK, it’ll be interesting to see who exactly can get into each one.

The airlines are yet to outline the full access requirements. But based on the current offerings of AA and BA, here’s what we’re expecting to see.

It’ll also be interesting to see whether the above lounges will welcome American Airlines’ elite frequent flyers taking shorter flights with AA.

Traditionally, AA’s own frequent flyers are excluded from lounge access on short flights unless they also maintain a paid Admirals Club membership. That same restriction doesn’t apply to elite travellers holding status with other oneworld airlines, such as British Airways and Qantas.

Given these plans were first tipped by American Airlines and British Airways in 2019, it’s nice to see them finally coming together at JFK.

There’s no set timeline on the construction of each new lounge. But given British Airways’ own investments in its trio of Terminal 7 lounges at JFK, a move to Terminal 8 in December 2022 would be unlikely without a new hero lounge ready and waiting.

As T8 is also normally home to Qantas at JFK, these upgrades bring benefits for Australian travellers, too.