The Altitude Platinum Mastercard is the mid-tier card in the Altitude cards range with an ongoing annual card fee of $150 p.a. (plus $50 annual Rewards fee if opting to earn Qantas Points directly). In this bundle, it is paired with the higher-tier, higher-earn-rate American Express Westpac Altitude Black card which has a separate $199 p.a. ongoing annual fee.

The American Express Westpac Altitude Black (not the Mastercard) can be used for payments to the Australian Taxation Office, earning 1 Altitude Rewards point or 0.5 Qantas Points per $ spent, as ATO payments are classified as ‘government spend’ in the terms and conditions on the application page.

Read our overview of the American Express Sydney Lounge

Read our review of the American Express Melbourne Lounge

The Altitude Card range offers a choice of which points program you want to direct your points into: either Qantas Frequent Flyer or Westpac’s own loyalty program Altitude Rewards.

Note that there is an annual $50 Rewards fee on the Westpac Altitude Platinum Mastercard if you have selected to earn Qantas Points (rather than Altitude Rewards).

When choosing Qantas Platinum over Altitude Rewards Platinum, you’ll also need to factor in the different earn rates of each currency and transfer rates to partner programs. Our full guide to Altitude Rewards offers more detail about the program’s benefits. 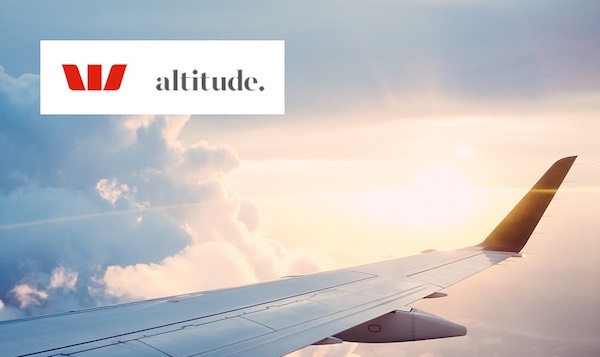 To sum up, points can be transferred into Singapore Airlines Krisflyer, Cathay Pacific Asia Miles and Malaysia Airlines Enrich at a rate of 3 Altitude Rewards points to 1 frequent flyer program point/mile.

The choice between Altitude Qantas or Altitude Rewards is dependent on your personal points-earning preference.

You might find the sign-up bonus from the card to be more valuable to take as Qantas Points but then using the card ongoing, there may be more value for you in taking advantage of Altitude Rewards’ flexibility from having a wide range of transfer options.

With the launch of this hybrid bundle, the Westpac Altitude Platinum is now an even more viable mid-range annual fee card for the savvy points collector who wants to have options about which points programs they can earn in or transfer points to.

The card has competitive earn rates compared to similar cards in the market, and pairing it with the American Express Altitude Black card makes it even more appealing specially if you’re able to put most of your spend through it.

As a bonus, the points earn is uncapped too, which is no longer the norm these days.