How to get to India using your Qantas, Velocity or other frequent flyer points

Getting to India can take a surprisingly long time (at least 12 hours), so it is worth making the trip comfortable with a Business Class redemption.

Whilst Air India flies direct to Delhi from Sydney and Melbourne, we explain below why this may not be the best use of your points—a transit through the Middle East or Southeast Asia seems like the way to go.

Part I: The Why: A two-week journey through India

Part II: The How: A comparison of your points options to get to India

Due to geographical proximity, it is generally cheaper to fly to India from Perth than any other Australian city.

Here is a comparison of the different award values for a one-way Business Class seat to Delhi:

If flying into a southern Indian city like Kochi, Chennai or Bangalore instead of Delhi, the Middle Eastern hubs of Dubai, Abu Dhabi and Doha offer more direct flights than the Asian gateway cities of Singapore, Hong Kong and Kuala Lumpur (due to the large Indian migrant worker populations in the Gulf countries).

These cities are slightly closer to Australia than northern Indian ones like Delhi, so some city combinations are cheaper than the miles quoted above.

The only direct services between Australia and India are with Air India on the 787 Dreamliner flying from Sydney 4x weekly and from Melbourne 3x weekly. This aircraft has 18 lie-flat business class seats in 2-2-2 configuration.

The general consensus is that seat is comfortable (although if travelling alone, choose the middle row as the person at the window has to climb over the aisle seat in the other two rows). Whilst the service is adequate, the entertainment and food offerings are reported to be sub-standard compared to alternative airlines. 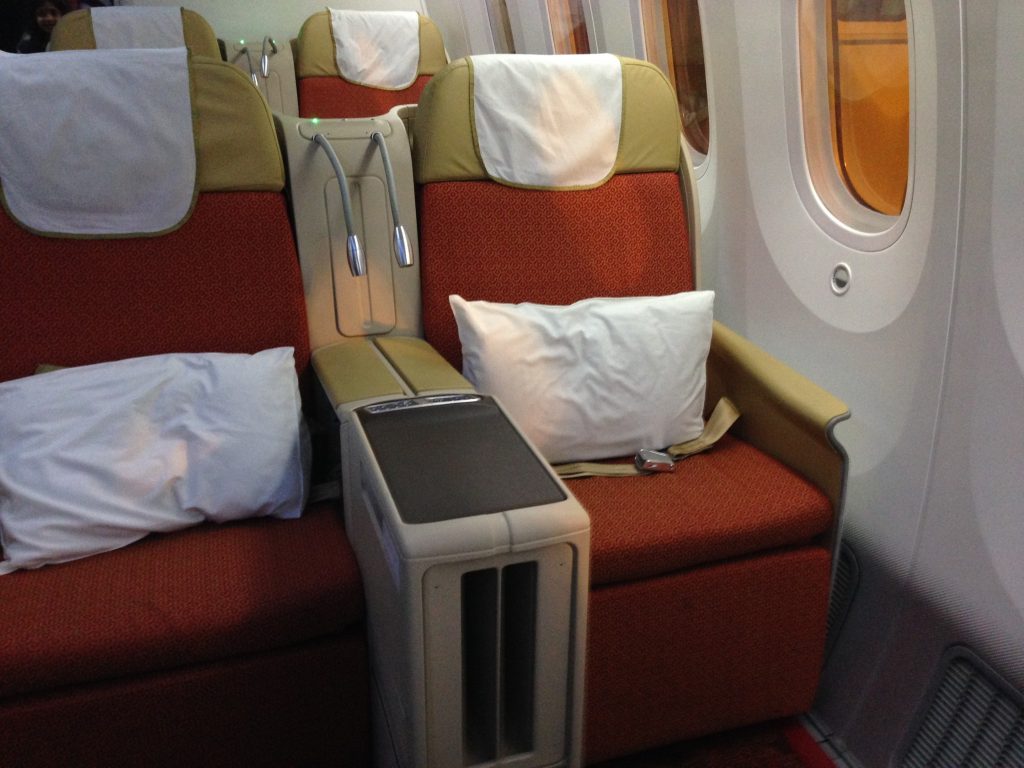 Option 2: Via the Middle East

The Gulf carriers fly to their hubs in Dubai, Abu Dhabi and Doha respectively from the five major Australia cities (except for Adelaide with Etihad and Brisbane with Qatar), with direct onward flights to Delhi (and a host of other Indian cities).

Get more information in our beginner’s guide on how to use Qantas Points for Emirates flights.

You can read our Etihad redemption guide.

Check out our Qatar redemption guide with info on the A380 and A350 services from Sydney, Melbourne, Adelaide and Perth (upgraded to the A380 from May 2018).

Jet Airways has upgraded their angled 737 Business Class seats to A330 lie-flat seats on their Singapore to Mumbai flights, meaning you could be flying flat the whole way.

This oneworld carrier flies direct from Australia’s second largest city to their hub in Sri Lanka and then onto their northern neighbour—and it only costs 92,000 Qantas Points.

How to get to India using your Qantas, Velocity or other frequent flyer points was last modified: June 27th, 2019 by Matt Moffitt

Destination Guide How to get to... India Using Points