Qantas’ new Sydney to San Francisco service took off in mid-December. I’ve been monitoring award availability on the route for some months as I’ll be flying it later this year, and wanted to tweak some of my travel dates.

Overnight the award calendar opened up for Business Class, and there are plenty of dates with at least two seats available for redemption through February, March and into April.

Here’s how the award calendar looks at the time of writing (Business Class marked in silver, Premium Economy marked in red).

This search was performed on Qantas.com using flexible dates, as a Gold Frequent Flyer (which might skew the Premium Economy availability, but shouldn’t change what’s available for Business Class), and for two passengers. 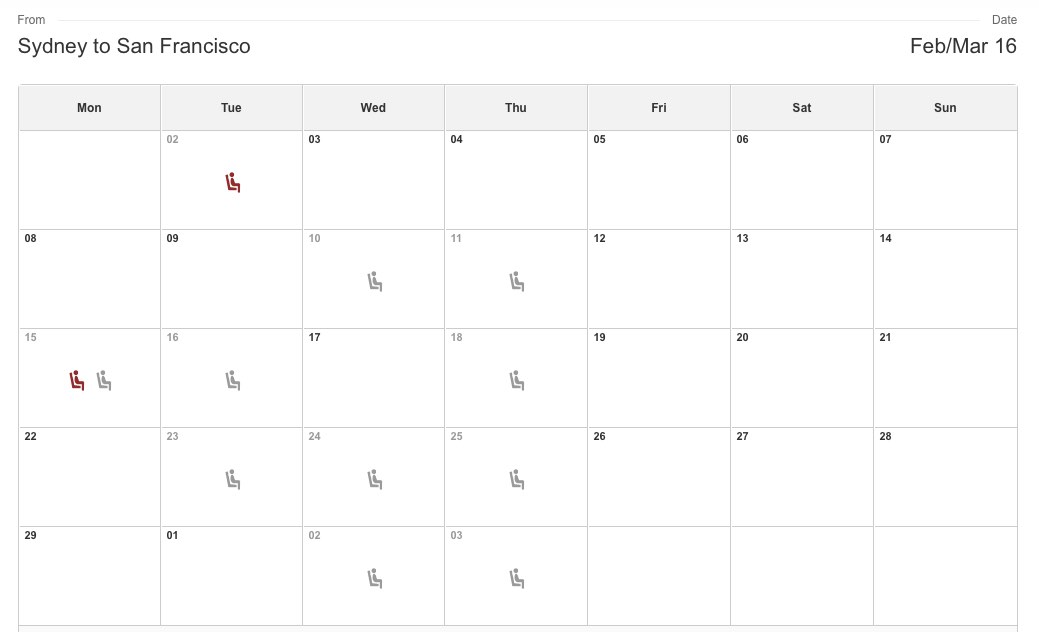 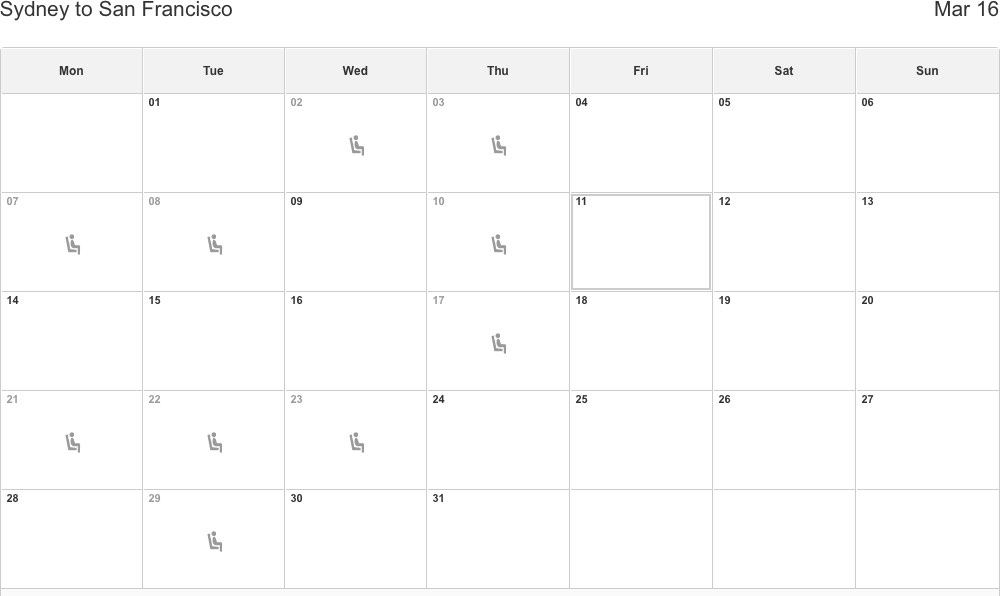 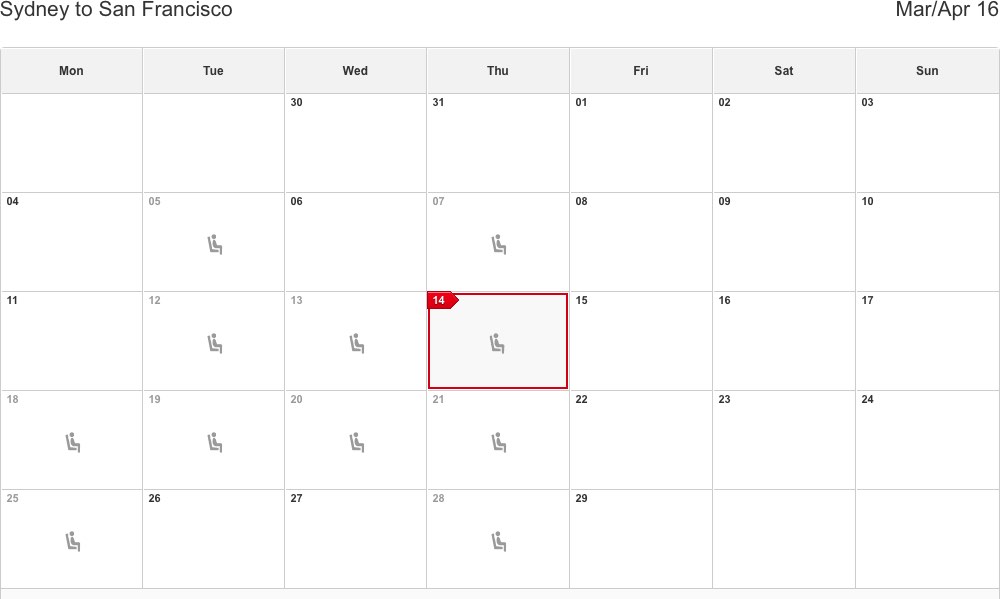 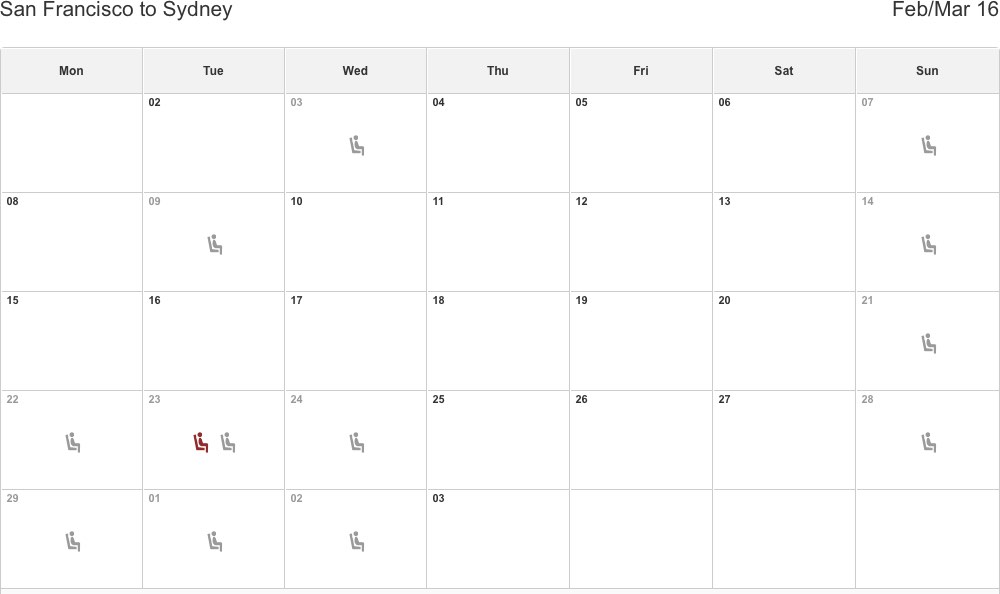 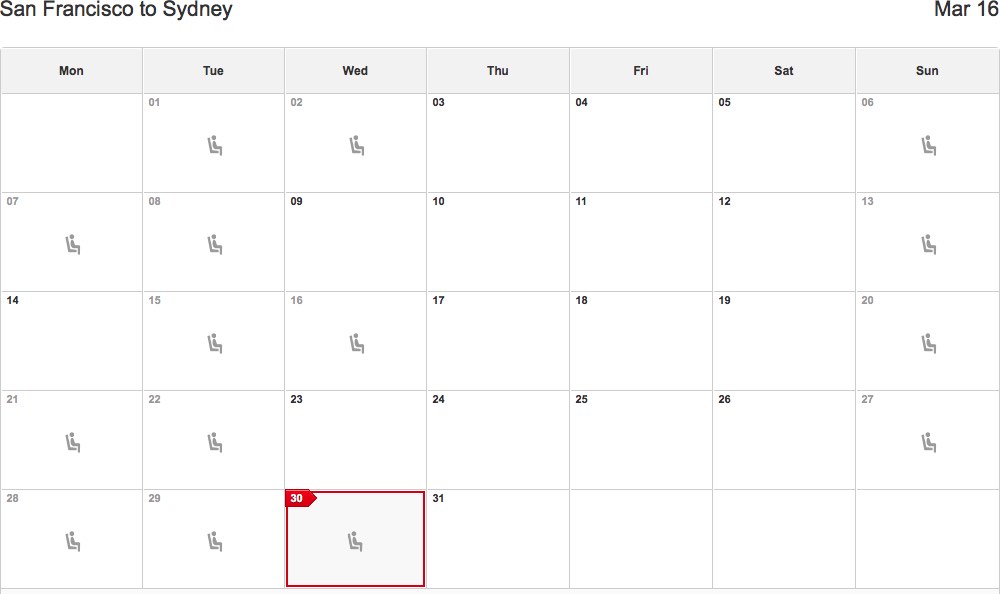 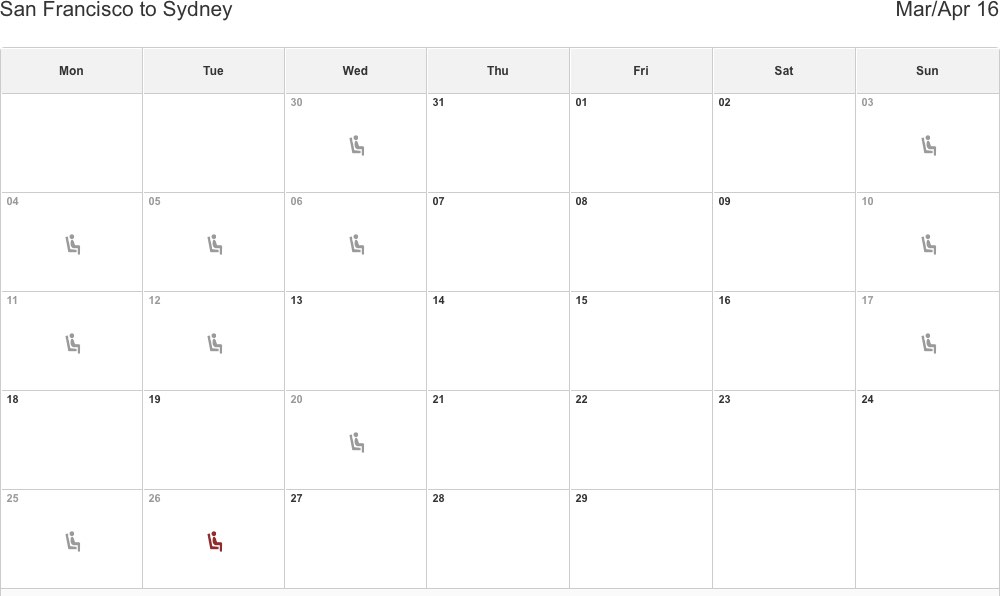 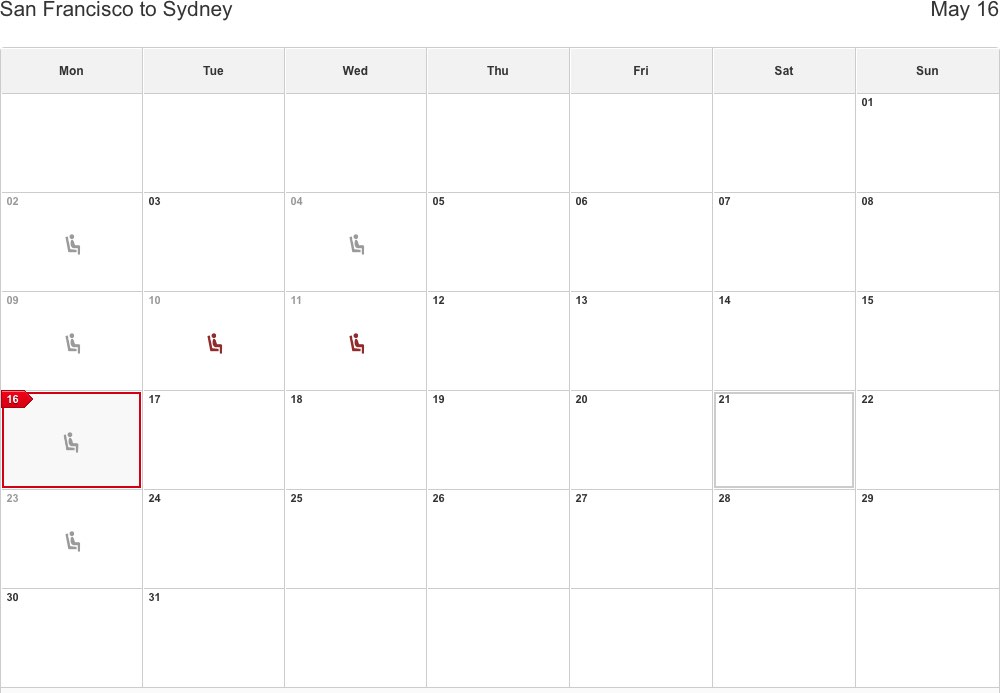 You’ll need 96,000 Qantas Points plus taxes per passenger each way in Business Class.

This is also a viable use of Alaska or American miles if you’ve purchased a stash that you’re looking to redeem.

Finding frequent flyer redemptions across the Pacific on a direct route with Qantas in Business Class is one of the hardest to find, so if you have an inkling these dates and routes will work for a potential trip, I’d consider locking this in while you can.