Qantas in the last week or so have announced a range of changes to their US-bound services over the next 9 months.

Individually I’ve chosen not to write about them, but one result of the switch-around is that Sydney – Dallas is moving from 6x weekly to daily, with a new Tuesday A380 service being added to one of the world’s longest flights.

The good news though is that First and Business Class award availability for the new Tuesday service, which starts operating from April 26, is open for points redemptions. Here’s what the availability calendar on Qantas.com looks like for May…

For the outbound Sydney – Dallas (gold is First Class, Silver is Business): 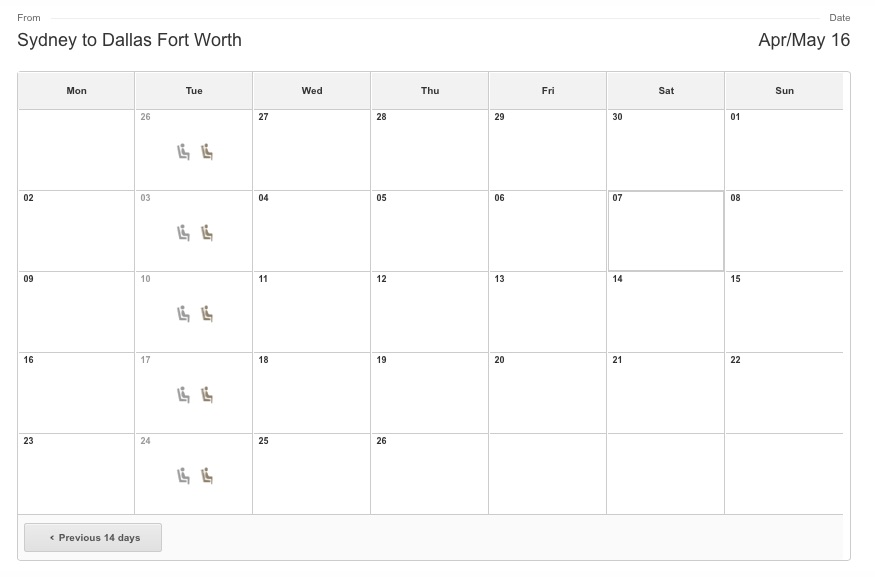 For the inbound Dallas – Sydney: 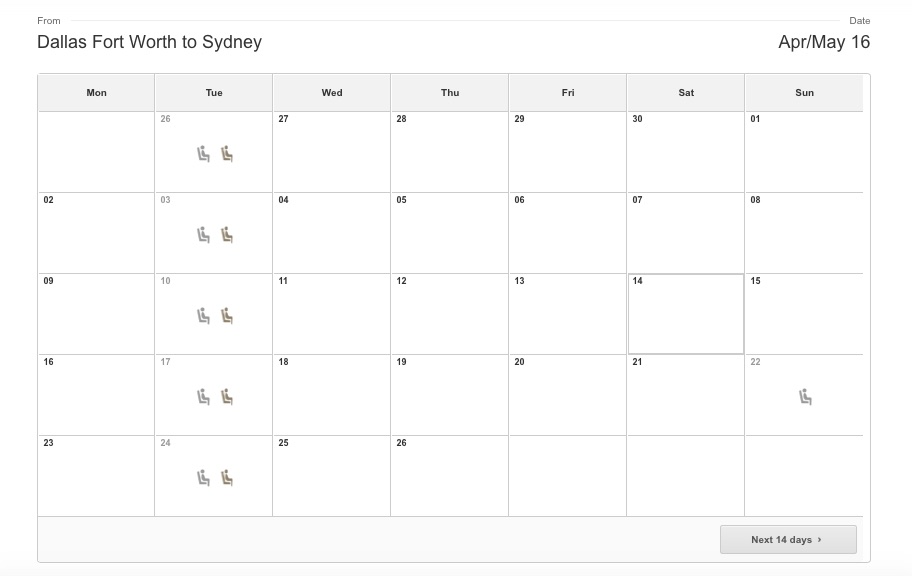 There’s one First Class seat available on most Tuesdays, and at least two Business Class seats as well. Not a bad place to spend 16+ hours on the world’s longest A380 flight.

This is a prime candidate for anyone with a stash of American Airlines miles to burn, given their recent redemption change announcements.

However new flights don’t show too quickly on the American website, so you’ll need to call to see if they will offer this service as a redemption. It’s either that, or the ongoing hiccups with Qantas award space showing/not showing on the AA website that’s causing this not to show.

Given how tight award space is across to the US from Australia, you need all the help you can get, and maybe this will open some doors to potential trips.

AAdvantage announces award chart changes for March 2016 onward – Australia gets off a bit lightly, other regions cop it