From late March through to the end of this year (December 21st, to be precise), Japan Airlines has made a heap of First Class award seats available.

Many days have at least two seats, while others have 4 or more. Feel like taking the whole family to Japan in First Class? This is the opportunity.

You are first to know – to my knowledge, no other site has published this yet. Here’s a sampling of availability for two passengers in First Class later this year. 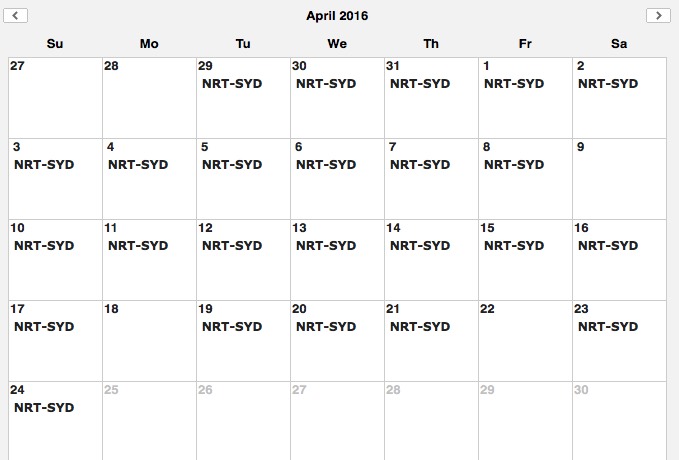 And here is July: 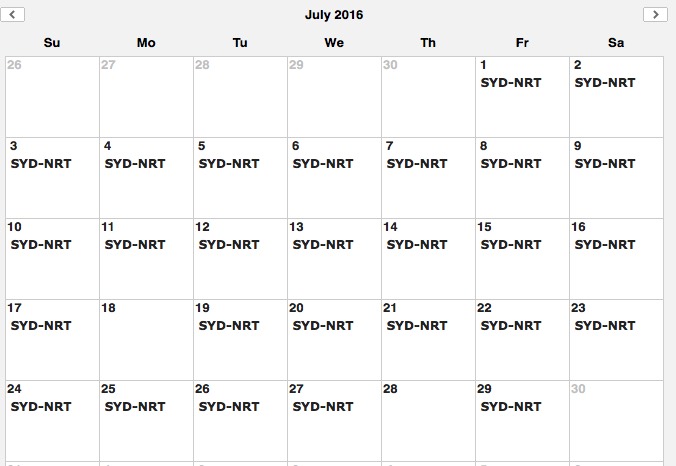 Many days have more seats than this available too.

I flew Japan Airlines First Class on this route early last year and had a blast – here’s the review of the outbound, and of the return.

This availability runs all the way through to just before Christmas at this point, and there is minimal availability in Business – First is where it’s at.

Which points or miles?

The two key points you’d be looking to use would either be Asia Miles or Qantas Points. If you have a stash of AAdvantage miles to burn before the impending devaluation then this is one award that actually isn’t changing price, sticking at 60,000 miles before and after the changes.