HSBC offering 20% bonus points on purchases until end of year, including on the HSBC Qantas Platinum Visa

Both new and existing HSBC credit cardholders can earn 20% bonus Qantas or Rewards Points on purchases until the end of the year.

Through the link above, it seems cardholders are offered a 20% bonus but there have been reports of emails being sent with higher targeted offers, so check your inbox.

Unlike last year, when you were automatically registered, you must SMS the last 4 digits of your credit card to 0447 174 641 using your HSBC registered mobile number. There are more details here.

Most purchases are eligible – minus the usual culprits of balance transfers, BPAY payments, cash transfers, etc – meaning this is an easy way to top up your balance for your next redemption. The bonus points will appear on your statement by 31 January 2018.

If you are a new customer, note that the 20% extra points do not apply to sign-up bonus points.

However, the HSBC Qantas Platinum Visa is currently offering an increased 60,000 bonus points sign-up until the end of October, which is one of the better offers out there for a sub-$200 annual fee Visa/Mastercard. Just don’t forget that the regular points cap for earning 1 Qantas Point per $ spent on that card is $2,500 per statement period, after which point it halves.

It’s enough to get you some very good-value redemptions on Qantas and its partner airlines, such as one-way Qantas Business Class between the East and West Coast, or Emirates First Class from the East Coast to New Zealand. Our take on the best uses of Qantas Points is here.

This is a really easy way for new and existing customers to increase the points earned from their HSBC Qantas Platinum Visa over the next couple of months. 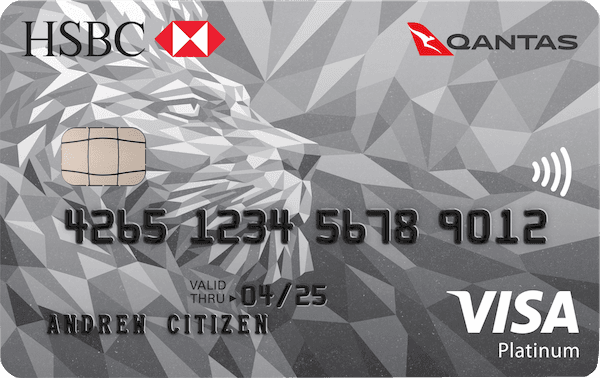 Read our guide to the HSBC Qantas Platinum Visa

Find out more
HSBC offering 20% bonus points on purchases until end of year, including on the HSBC Qantas Platinum Visa was last modified: June 20th, 2019 by Matt Moffitt

The best uses of Qantas Points – partners, upgrades and redemptions that offer the most value