This deal gets you to the US in style in Business Class on American Airlines’ new services from Sydney and Auckland and earns you great status credits for Qantas, plus you get to travel First Class within the US!

You can also visit other US cities apart from Los Angeles and New York with two free stopovers, with additional ones available for purchase for just $100 each.

Or, if departing from a city other than Sydney, you could use one of those stopovers to visit friends and family in Sydney, Melbourne or Brisbane.

There are also options to fly to other East Coast destinations such as Miami, Washington DC and Boston. 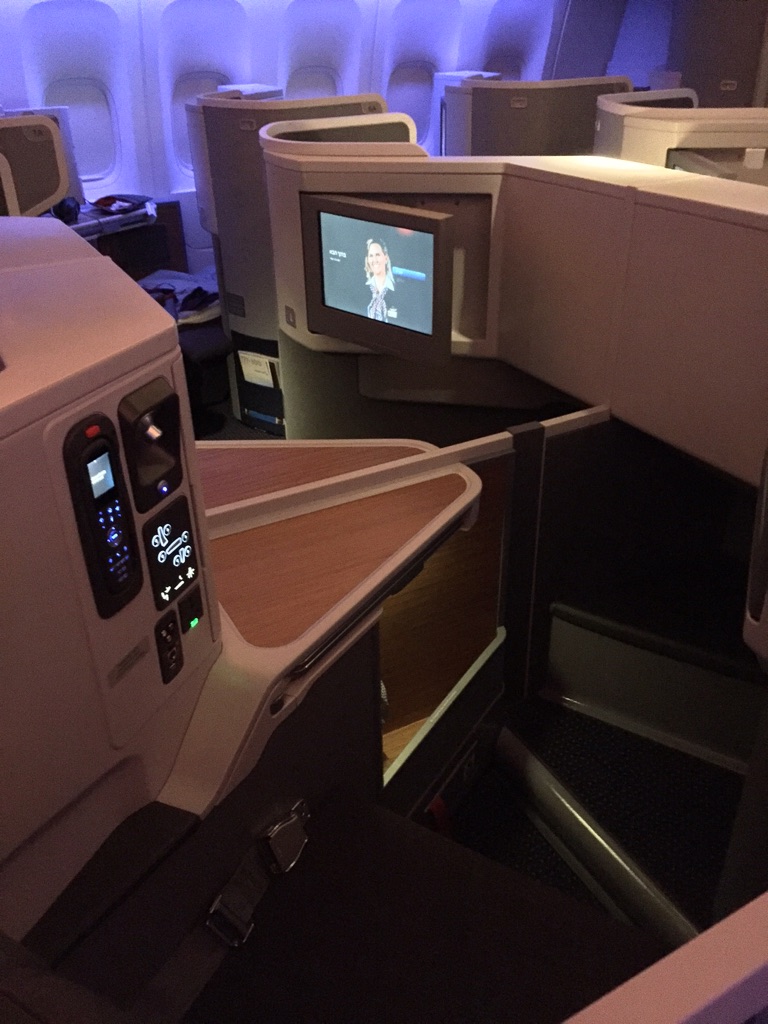 If flying a more direct route, here is the Business Class seat on the 777 used on the Sydney-Los Angeles leg If going for more Status Credits, you’ll be on the the 787 Dreamliner on the Auckland-Los Angeles leg

Why are we talking about Status Credits so much?

Flying in Economy and trying to reach Gold or Platinum status with Qantas (or any airline for that matter) would take A LOT of trips. Plus, once you have Gold status with Qantas, you can status match to other airlines.

A simple Sydney-Los Angeles return flight would earn you 360 SCs, qualifying you for Silver, which doesn’t really offer many benefits.

Adding an onward direct flight to and from New York would increase it to 560 SCs, which puts you within reach of Gold status. Now we’re talkin’!

Flying return from Melbourne, Brisbane or Adelaide on a Qantas service to Sydney adds an additional 80 SCs, with those from Perth earning an extra 160 SCs.

However, the real benefits come when utilising domestic transfers within the US en route to New York. Plus, another perk is that when using two-cabin domestic services within the US, the fares allow travel in AA First Class.

As a result, doing this roundabout routing in each direction nets a traveller an additional 520 SCs when compared with a simple LA-NY return trip – that’s incredible earning potential.

In total, the above routing would generate 1000 Qantas Status Credits and costs $6058. That means you qualify for Gold, and with a few more flights with Qantas or its oneworld partners, you could reach Platinum (1400 Status Credits).

For those from the West Coast with a lot of time on their hands, the following itinerary will almost get you to Platinum in one trip, earning 1240 SCs for $6589:

Flight Deal: LA from $4598 and NY from $5998 in AA’s new Business Class, plus huge status credit earning potential for Qantas FFs was last modified: May 11th, 2022 by Matt Moffitt