Malaysia Airlines’ already struggling Enrich Miles program has once again shot itself in the foot by (very discreetly in its July e-newsletter) announcing the end of the 15% online booking discount for Malaysia Airlines flights.

This discount is very similar to the one Singapore Airlines’ KrisFlyer offers (which we hope doesn’t follow Enrich’s lead).

Since, the devaluation of Enrich program in February 2015, it has had a pretty expensive award chart for its own flights: 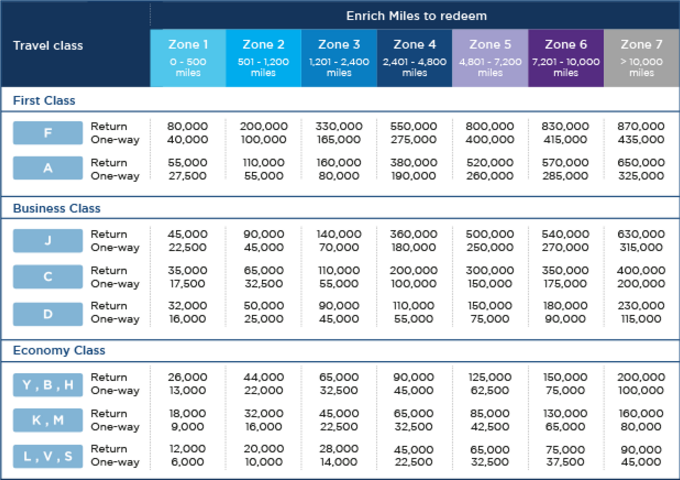 And here is the award chart for its partners:

An example comparison: Sydney/Melbourne to London

With Malaysia’s only remaining long-haul flight to Europe being to London Heathrow (after cutting Paris, Amsterdam and Frankfurt out), a one-way Business Class flight from Sydney or Melbourne looks like this:

So, before it was more expensive to fly that route on Malaysia compared to its partners, and now it is even more so.

Malaysia is pairing back its operations following its recent turmoil in the past couple of years, focusing on direct traffic to/from Kuala Lumpur.

AirAsia has really shaken up the market, competing on the routes from Sydney, Melbourne, and Perth (which also has service from Lion Air subsidiary Malindo Air), with Emirates operating a 777 from Melbourne, but at an inconvenient 2:30/3:30am departure time.

You can get more information on this change from the FAQ page Enrich has created.