Asia Miles is a very interesting frequent flyer program which we at Point Hacks feel isn’t so familiar to most Australian points collectors – but should be in your box of tricks, especially due to their good value option for using points for around the world flights.

Considering Asia Miles can be earned relatively easily through American Express Membership Rewards, ANZ Rewards and Westpac Altitude Rewards, there are some good value opportunities here for using your points.

If you’re completely new to Asia Miles, then start with our intro guide here. This guide will focus on how to use Asia Miles on an around the world trip, primarily in Business or First Class – but there’s also value to be had with Economy redemptions too.

For a comparable guide to Qantas around the redemptions, check out our guide here → Learn more
Save thousands of points by using Asia Miles for round the world flight redemptions instead of Qantas Points was last modified: November 22nd, 2019 by Keith

The basics: Asia Miles is a part of oneworld

oneworld is a strong alliance of around 13 member airlines, including Qantas. Here’s the full list:

And Asia Miles is a points transfer partner of:

Getting into Asia Miles around the world redemptions

This might be slightly more limiting than the comparable Qantas award, as only up to two oneworld partners can be included if you don’t have Cathay Pacific in your itinerary.

However, this is not a major problem for us in Australia as Cathay Pacific flies to all major Australian cities and as part of an around the world trip, it’s not that inconvenient to have Hong Kong as a major hub.

And the rules, in a nutshell:

So if you can maximize the 5 stopovers and 2 open jaws, you can visit a whole range of cities around the world.

The major advantage of this Asia Miles redemption over Qantas’ equivalent is that it is far cheaper!

In the example below, you could have stopovers in

This routing comes in at 37,262 miles which is more than the distance Qantas would permit for their comparable round the world redemption, and costs less.

Now, here are the limitations:

For tips and tricks for making Asia Miles redemptions, check out this dedicated guide.

Other than these few limitations, it can be great value if you maximise the 5 stopovers, 2 transits and 2 open jaws – if you do you can potentially visit up to 9 cities with much lower miles than required with Qantas Frequent Flyer.

To make things a bit easier, you can use the Asia Miles’ Award finder and type in your itinerary and see how many miles you will need, or do the same via gcmap.com.

Making your booking, and taxes…

Asia Miles does impose fuel surcharges and taxes on their awards, so the usual tactics to minimise these would apply – these include avoiding high tax departure cities such as London or Frankfurt, and airlines like British Airways.

Taxes and fees should be comparable to if you used Qantas Points for the same flights. 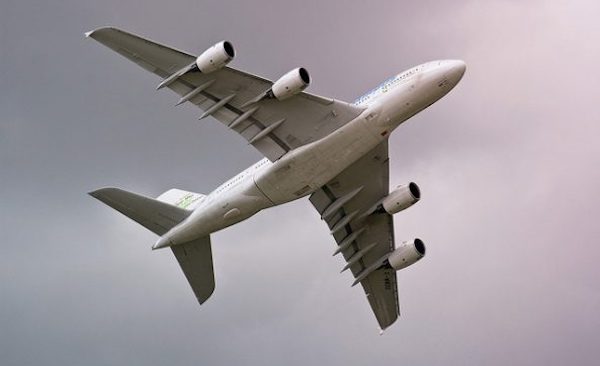 These have to be redeemed over the phone with Asia Miles, and – big caveat – I am yet to redeem for one, so don’t have any personal experience to share with booking. Yet.

That said, on paper these seem like excellent value for holders of points balances that can be transferred to Asia Miles, and who wish to travel on a lengthy around the world itinerary in Business or First Class.

Save thousands of points by using Asia Miles for round the world flight redemptions instead of Qantas Points was last modified: November 22nd, 2019 by Keith

The Asia Miles program from Cathay Pacific is potentially far better value for redemptions, point for point, than Qantas Frequent Flyer - and as a result, Asia Miles is in the top four frequent flyer programs Australian travellers need to be... READ ON →

If you wait until after 18 September, you'll need to pay 38,000 more points for your round-the-world Business Class trip. READ ON →

Matt Moffitt
318 Comments
Back to top