Singapore Airlines will cut back on its overseas stopovers from October 2016, with Hong Kong, Moscow, Munich and Barcelona out, and Manchester and Milan joining Tokyo, Seoul, Frankfurt and Singapore as stopover options.

The airline operates some interesting ‘fifth freedom’ flights, such as Tokyo Narita to Los Angeles (which I took in March 2014), meaning that it operates between airports that are outside of its hub, i.e. Singapore Changi.

Manchester replaces Moscow as stopover between Singapore and Houston

Due to the fall in the price of oil, business traffic between the oil hubs of Houston (through which 9% of the world’s total oil cargo passes) and Moscow has fallen significantly.

As a result, Moscow is being switched out for Manchester as a stop between Singapore and Houston from 30 October. This flight will continue to be operated on the Boeing 777-300ER. This also means that instead of a stop in Munich on the way from Singapore to Manchester, there will be a non-stop flight to Manchester, which will then continue on to Houston.

Given that there will be no onward flights from Munich or Moscow from October, these will become ‘terminator’ services (meaning the plane will just turn around to go back to Singapore).

Singapore – Barcelona service will now include a stop in Milan

From 23 October, the current non-stop Singapore – Barcelona 777 service will add a stop in Milan. In addition, the onward flight from Barcelona to Sao Paulo will be discontinued.

This is a real shame as it was possible to get a roundtrip ticket from Sydney/Melbourne/Brisbane/Adelaide to Sao Paulo with a free stopover in Singapore or Barcelona for 103,300 KrisFlyer miles in Economy or 187,850 in Business Class.

As we have written about before, a direct Airbus A350 service from Singapore to San Francisco will commence on 23 October, negating the need to transfer through Seoul or Hong Kong.

(From the same date, one of the daily services from Singapore to Seoul will now fly on to LAX and there is still one daily service to San Francisco via Hong Kong, in addition to the nonstop).

The A350 flies to Amsterdam, Dusseldorf, Johannesburg, Melbourne (until it switches to San Francisco – see below) and possibly Moscow from March 2017. Business Class on the A350

This flight will make most sense to:

Melbourne – Singapore gets a daily A350 service until end of October, then A380 until March next year

Melbourne will get a loan of the A350 until the non-stop San Francisco service starts in late October, with flights SQ207 and SQ208 using the new two-cabin aircraft.

From November 2016 until March 2017, for those wishing to enjoy a First Class Suite or excellent Business Class experience, it is worth trying to get on the SQ217 from Singapore to Melbourne or the SQ218 in the opposite direction, which will be one of the four daily Singapore Airlines flights between Singapore and Melbourne operated by the Airbus A380. 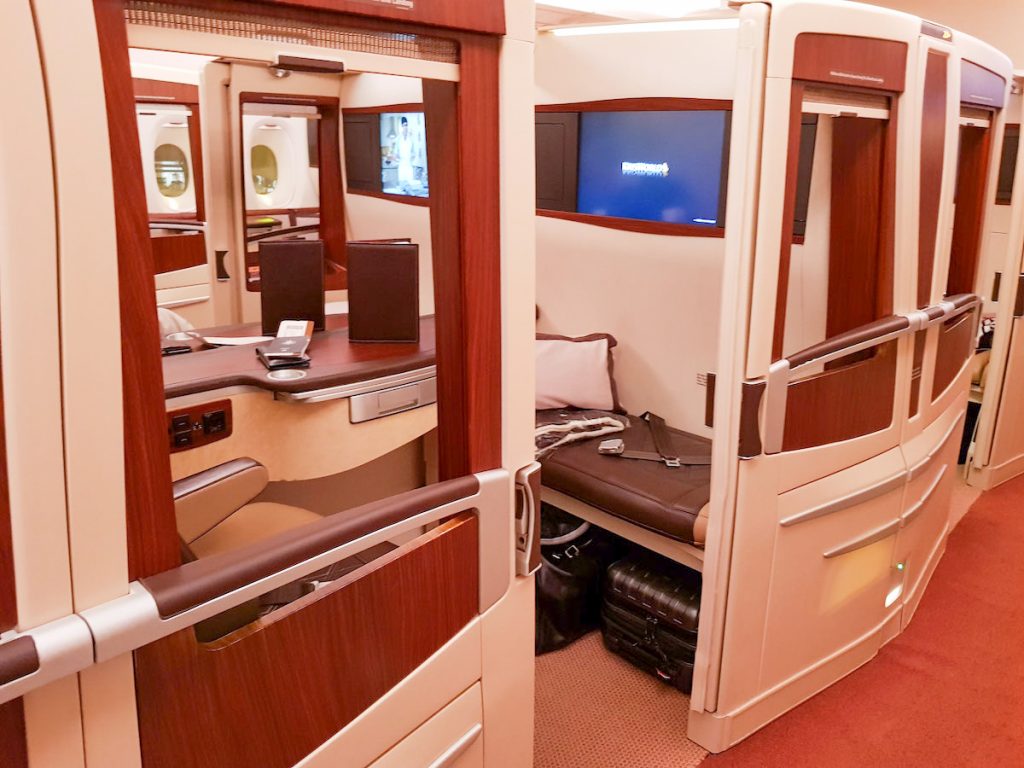 First Class Suite on the A380

Summing up: how these changes affect your stopover options

One of our favourite things about KrisFlyer redemptions on Singapore Airlines is that you can get a free stopover on a:

purchase as many stopovers as you want for $100 USD each (handy if you are travelling on a one-way saver award, which is what a lot of people search for).

With the changes crossed out, your stopover options originating from Singapore are now:

All of these flights are on the 777, except Frankfurt – New York on the A380, featuring First Class Suites.