The as always excellent AusBT has the full rundown on a set of changes that will impact on anyone looking to redeem their Qantas Frequent Flyer points across Qantas’ network.

Previously, there had been a large disparity in the fuel surcharges paid as part of the booking, with Qantas operated flights coming in several hundred dollars more expensive than Emirates. Ironic, given you’re using Qantas Frequent Flyer points. 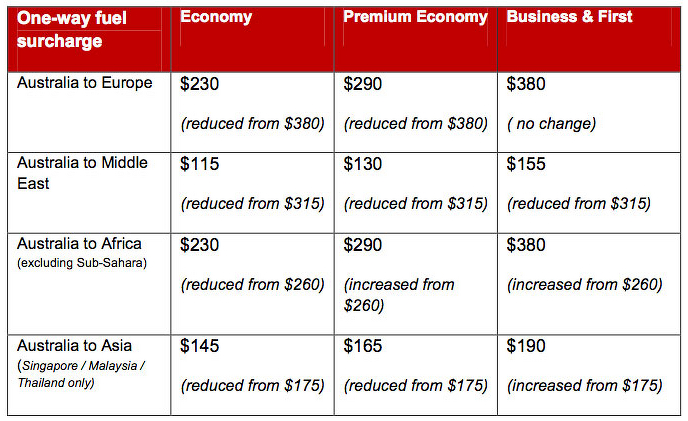 This is good news for Qantas Frequent Flyers who want to fly on Qantas operated flights – the premium cabin fees lift a little, but the Economy fees come down by a lot more, meaning your Qantas points have got a little more valuable. The downside? Emirates operated flight charges are increased, and in addition, Emirates Skywards are lifting their fees up to Qantas new level to meet in the middle, so Skywards members are out of pocket compared to previous redemption costs.

Qantas tweaks fuel surcharge fees on points redemptions to match Emirates – for the most part getting cheaper was last modified: September 8th, 2015 by Keith