Post-Olympics flights to South American gateway city Santiago, Chile are available for $1125-1460 from most capital cities. There are also a number of Business Class deals to Rio, Sao Paolo, and Buenos Aires from $4449.

With both the Business Class and Economy deals, from Sydney, you can get direct flights with Qantas.

From other cities, many connect through Auckland with Emirates on an A380, then fly to Santiago with LATAM (the amalgamated Chilean LAN and Brazilian TAM airlines) on a 787 Dreamliner.

Return: Same as departure city (or open-jaw tickets found for $7+ more, e.g. Melbourne to Santiago, then returning to Sydney)

Stops: Direct from Sydney, via Auckland and/or Sydney from other cities 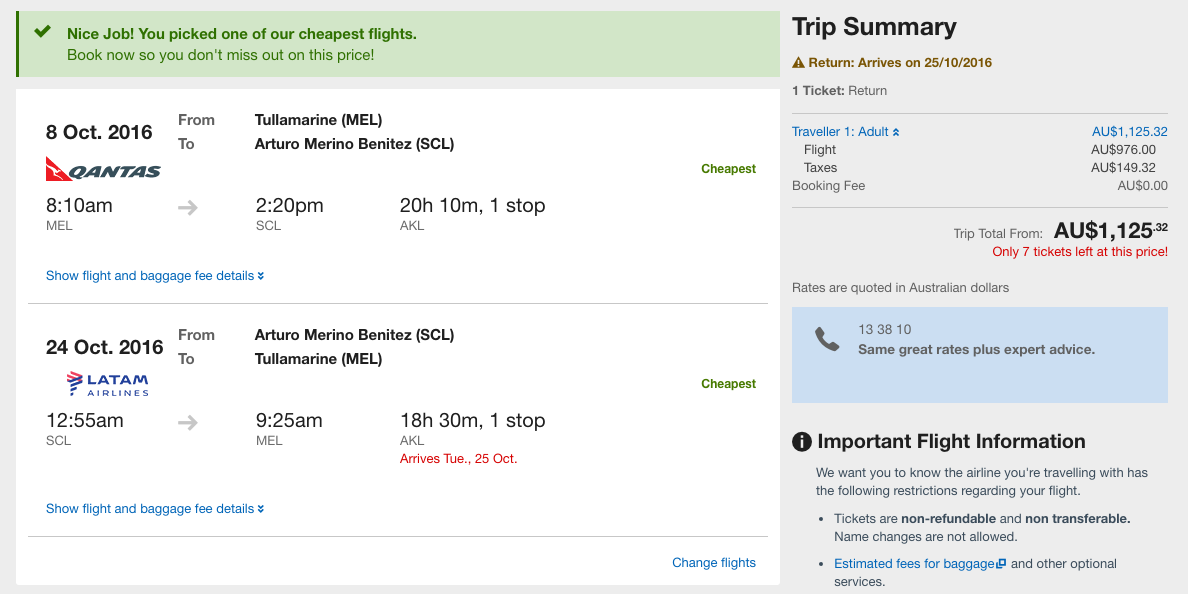 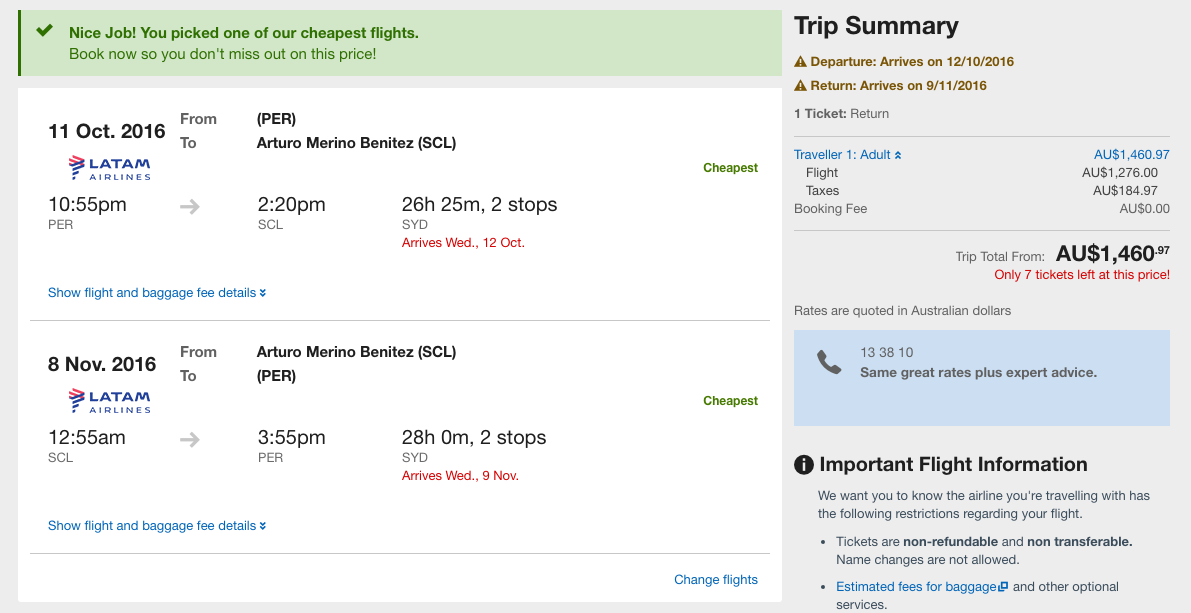 Booking link: Go to Expedia to make your booking

Fly on LATAM’s B787 featuring flatbed seats, operational on their Sydney – Santiago legs as well as various regional flights within South America.

British Airways announced yesterday that they are launching the longest flight in their network, from London Heathrow to Santiago, from January 2017, and wrote the following about the city:

As the capital and economic centre of Chile, Santiago is a lively and vibrant city and its mild winters and very warm summers make it an ideal year-round destination. There is a wealth of things to see and do, including museums, theatres, restaurants, bars and events throughout the year. Must-sees include the Parque Metropolitano, the Cerro San Cristobal, which provides breath-taking views of the city, the Plaza De Armas, Catedral Metropolitana and the Mercado Central, the city’s bustling central market.

Santiago is an excellent gateway from which to discover the rest of the country. With its close proximity to the Andes mountains, as well as coasts of the Pacific Ocean, it’s an ideal destination for skiers and sun worshipers alike. Mountain climbing, hiking and bike tours are available for sports enthusiasts, with cooking classes and wine tasting tours making for a more relaxed break. And those looking to explore even further can travel onward to Easter Island.