Flight Deal: Fly to Europe in Qatar Airways Business Class for under $6000

Point Hacks has access to some discounted Business Class tickets from Sydney and Melbourne to Europe on Qatar Airways for under $6000, which is quite competitive for a paid Business ticket to Europe.

You do have to travel via Adelaide, but the flights between Adelaide and Doha are on the new Airbus A350, which has a self-service snack and drinks bar and 203cm-long fully-flat beds. You’ll also have 17-inch personal entertainment screen, as well enjoy a seemingly airier cabin with large windows.

Due to its increased oxygen circulation, Condé Nast has named it a game-changer in reducing jet lag. Going via Adelaide will also increase your Qantas Status Credits, as Qatar Airways and Qantas are both oneworld members.

Qatar flies to over 30 European ports, and you can choose to fly into one and out of another (called an open-jaw ticket). Here are some prices, which are inclusive of taxes:

The A350, A380 and 787 Dreamliner all have the 1-2-1 Business Class configuration. An easy way to find out which aircraft is flying a specific route on a specific day is to use Google Flights.

A little more on the Qatar A350

The A350 is the world’s newest commercial aircraft and Qatar is the first airline to fly it, launching its Doha-Adelaide service early last month. 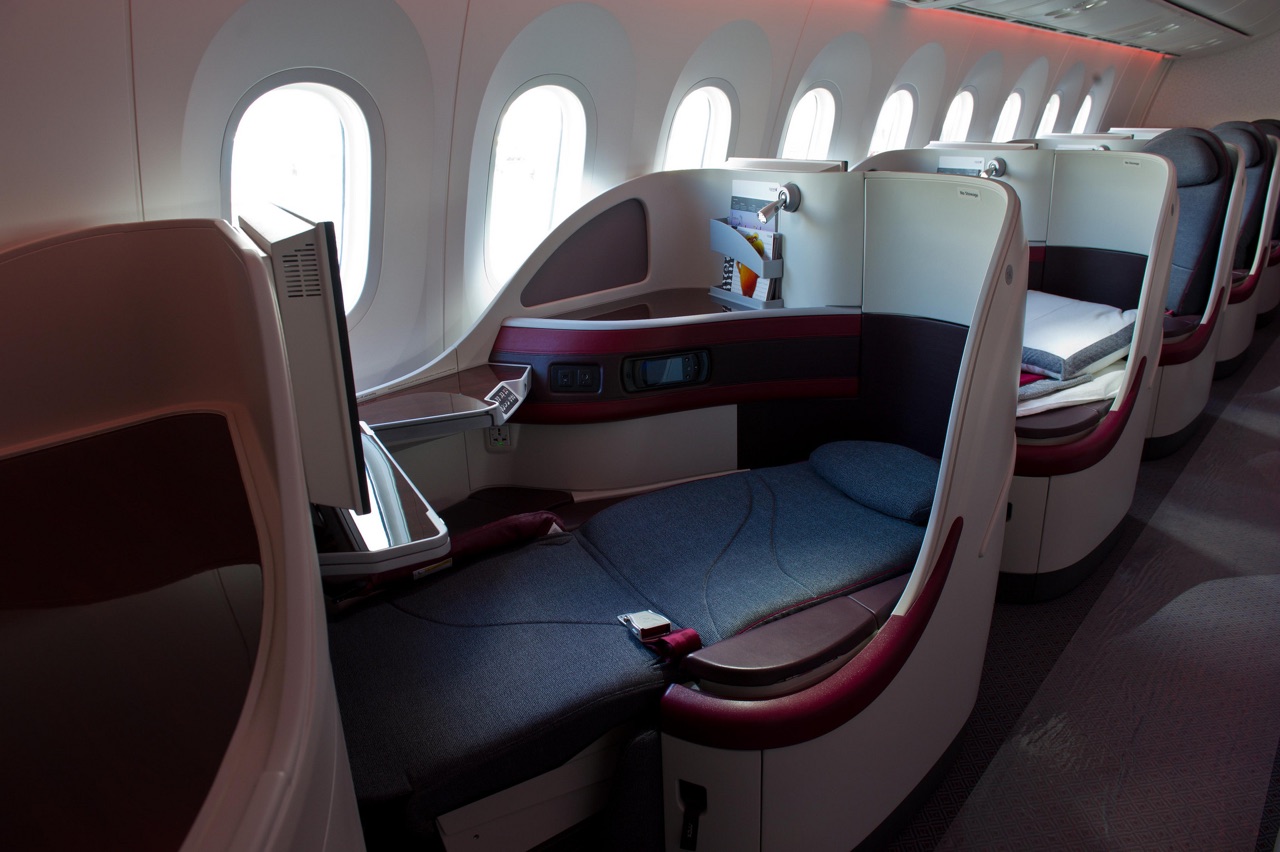 Qatar has a herringbone 1-2-1 configuration in Business Class on its A350, A380 and 787 Dreamliner aircraft The self-service snacks and drinks bar

Note that due to a shortage and high demand of A350s in service, the usually daily Adelaide-Doha service will not operate on Tuesdays, nor the return Doha-Adelaide flights on Mondays, throughout August or September.

Flight Deal: Fly to Europe in Qatar Airways Business Class for under $6000 was last modified: May 11th, 2022 by Matt Moffitt