Flight Deal: India for under $400 return from Perth, $550 from Sydney & Melbourne

This is a fantastic deal to visit India flying on Scoot, Singapore Airline’s low-cost offshoot. The cheapest flights usually hover around $200 more than this promotion, so get in quick!

The fares quoted are for carry-on bags only, so factor in extra costs if checking baggage.

The additional $40 debit or credit card booking fee can be avoided by paying through direct deposit/POLi. 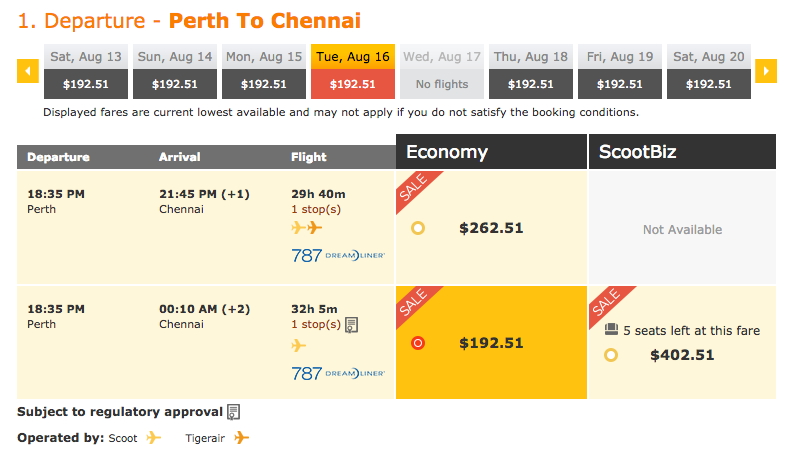 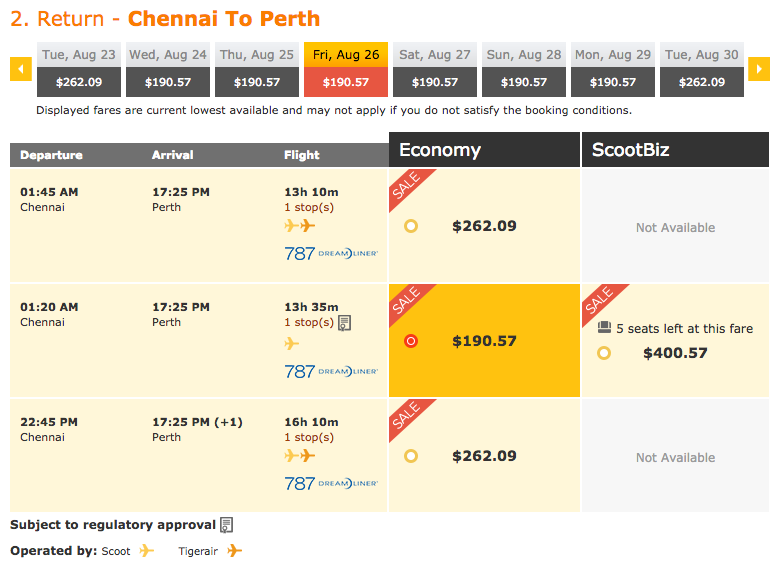 Melbourne to Chennai for $518: You can also do an open-jaw ticket, where you fly into one airport and out of another, which avoids backtracking if you are visiting various parts of the country.

Booking link: Go to Scoot to make a booking (conveniently shows you a weekly view of fares to compare nearby dates)

India will be the next stop in our destination guide series this month, so look out for it for some ideas of what to do when you are there!

Most of Scoot’s flights to and from Australia and India are on the 787 Dreamliner.

Originally via Secret Flying and I Want That Flight.