Cheap flights to Beijing, Shanghai and Chengdu with AirAsia for most dates from now until November 2016. 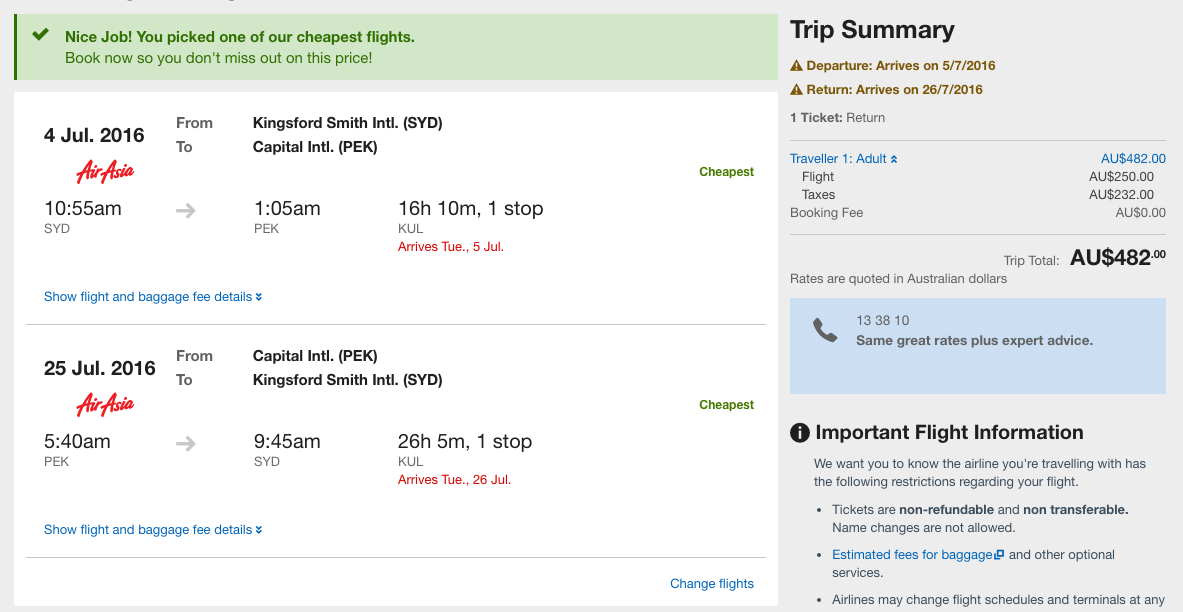 Melbourne to Beijing for $497: Booking link: Go to Expedia to do your search and make your booking