When is it worth transferring Amex MR points to Qantas as a Platinum Charge cardholder?

Amex Membership Rewards points from Ascent Premium cards transfer to Qantas Frequent Flyer at a 2:1 ratio and sometimes more if a bonus transfer promotion is running.

Given redemptions on oneworld partner airlines are generally cheaper through Cathay Pacific’s Asia Miles program rather than Qantas, when does it make sense transferring your hard-earned Amex Membership Rewards points to the latter? 1. For a unique award you can only get through Qantas

If you want to redeem your Amex Membership Rewards points for an Emirates flight, you have two options: transfer to Emirates’ own Skywards frequent flyer program, or transfer to their partner Qantas Frequent Flyer.

For travellers in our part of the world, we’re much more likely to have an active Qantas account rather than a Skywards one.

Emirates First Class on the Airbus A380

Round-the-world award redemptions through Qantas Frequent Flyer also represent great value but as Asia Miles is also a transfer partner of Membership Rewards, you’ll want to compare the pricing to see which program can offer you the cheaper redemption. 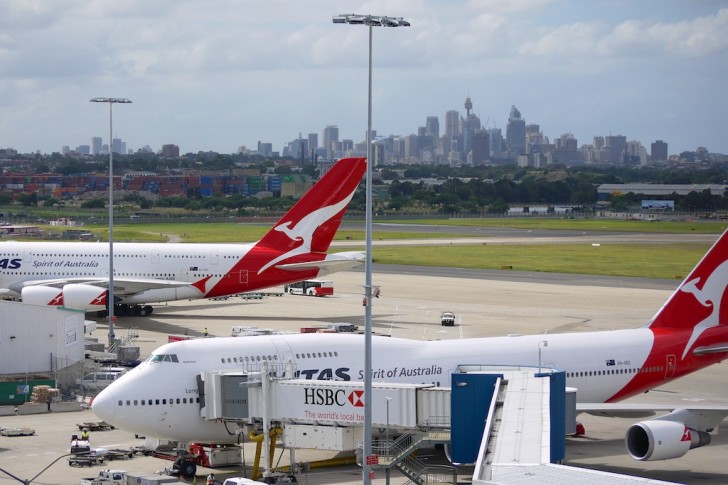 Read our guide to Qantas round the world redemptions

Whilst you are more likely to get both better service and a better seat on a full-service airline such as Qantas or Cathay Pacific, your travel preferences may mean that a redemption on Qantas’ low-cost subsidiary Jetstar makes sense.

This could be because it offers a direct route that Qantas doesn’t, e.g. Melbourne to Honolulu or Gold Coast to Tokyo, or the timing of a Jetstar flight such as Sydney to Bali may be family-friendlier.

Qantas is the only frequent flyer program that lets you use your points for Jetstar redemptions.

2. When you already have a Qantas balance to top up for an award you want to book

Say you’re lucky enough to find an available Business Class award seat on an A330 flight between the East Coast and Perth but only have 30,000 of the 36,000 Qantas Points (jumps to 41,500 from 18 September 2019 onwards) needed for a one-way redemption.

You could either top your balance off with a Qantas Wine purchase or transfer some of your Amex Membership Rewards Points over.

3. When you have purchased a cash ticket with Qantas and want to upgrade with points

So, if you have purchased a paid ticket and want to upgrade your ticket using Qantas points, then it could absolutely make sense for you to transfer your Amex Membership Rewards points over to do so.

However, there is no guarantee that your upgrade request will be met, so make sure to read about how the Qantas upgrade system works first.

4. When Qantas is holding back seats for status holders and you have status

If you are lucky enough to hold elite status with Qantas Frequent Flyer, you may find that you can access more award seats than if you were to search for the same seats through a partner program like Asia Miles or British Airways Executive Club.

From the Qantas Status Privileges page:

Whilst there are mixed reports of this being enforced, you may find that conducting a search yourself as an elite status holder may result in more award seats being shown as available compared to a search by a non-elite status holder.

5. When they offer bonuses on transfers to leverage the above cases even further

If you know you want to use your point balance for a Qantas Frequent Flyer redemption or upgrade and there is a bonus for transferring your Amex Membership Rewards points to Qantas, then that might give using your points for Qantas the edge over transferring to the usually better-value Asia Miles or KrisFlyer programs.

Based on past offers, transfer bonus promotions average 15% every three months.

6. When you want to book quickly online and other programs need a phone call

However, you do need to phone the AAdvantage call centre in Australia to make partner bookings.

So, if you’re in a rush and need to secure a seat online without a phone call, you may want to transfer your Amex Membership Rewards points over to Qantas to play it safe.

Having said that, AAdvantage will often let you put a hold on award seats for up to five days, so this should be analysed on a case-by-case basis.

To be honest, there are only a few situations in which it makes sense to transfer your American Express Membership Rewards points to Qantas Frequent Flyer instead of better-value programs, especially Asia Miles for oneworld redemptions.

However, if you want to make an award booking on an Emirates or Jetstar flight, organise a round-the-world trip, get an upgrade on a paid Qantas ticket, or need to book through the Qantas website to access higher-level inventory, then it can definitely make sense to transfer your points over to Qantas.

And that’s even better if there is a bonus transfer promotion going on.

Get 80,000 Membership Rewards points with the Amex Platinum Charge

Find out more
When is it worth transferring Amex MR points to Qantas as a Platinum Charge cardholder? was last modified: January 6th, 2020 by Matt Moffitt

Savvy travellers and points-collectors will get a lot of benefits out of the high $1,450 annual fee. READ ON →

The card is aimed at large business spenders who are looking for high points earn rates on travel and business expenses. READ ON →

Daniel Sciberras
11 Comments
Back to top