Once you've hit Gold, it's certainly tempting to aim for Platinum...

In Qantas’ and Virgin Australia’s Velocity frequent flyer programs, Gold status is widely regarded as the tier to aim for. It’s the ‘sweet spot’ for benefits, with priority check-in, boarding, baggage – and most importantly, lounge access – on the cards. Even if you’re flying in Economy, you get to enjoy these perks on the ground.

But Platinum status requires double the effort to reach compared to Gold. You need to put in significantly more time and money to bridge the gap. If you’ve barely reached Gold status, then despite how tempting Platinum status is, it probably won’t be economical to try to pursue this next tier.

We take a look at the extra benefits of Platinum versus Gold status for both Qantas and Virgin Australia. That way, you can weigh up whether it’s worth the extra flying.

How do I earn Qantas Gold and Platinum status?

You can also choose a Loyalty Bonus of 50 SCs for every 500 Status Credits you earn properly. This helps you out with one loyalty bonus on your way to Gold and another on your way to Platinum.

What do I get with Qantas Gold status?

The biggest benefit of Gold Status is access to Qantas Clubs and International Business Lounges (+1 guest) before Qantas and Jetstar flights. And when you fly with a partner airline, you’ll usually enjoy reciprocal access to their Business Class lounges as well.

Other smaller wins include priority check-in, boarding and baggage whenever you fly. That’s a timesaver for sure.

What do I get with Qantas Platinum status?

So what more does Platinum bring you? The main additional benefits are:

That’s a pretty solid range of benefits, but you’ll need to earn 700 SCs above Gold! Without any bonuses or convoluted itineraries, one example involves almost $9,000 of further flying:

You might be able to drop that cost by half with Double Status Credits offers, which we hope Qantas will launch again in early 2022 and beyond.

Weighing up whether to go for Qantas Platinum

With all that in mind, here’s what to consider when going for Platinum:

1) How far along am I in my membership year?

With Qantas’ system, you have a fixed anniversary date. Any new status you earn will be valid for the rest of the current year plus the whole next anniversary year (potentially from 12 to 23 months).

If you’re very close to your anniversary date and nowhere near Platinum, then it will be tough to get all the required Status Credits in time. Plus, you won’t have as much time to enjoy it the following year.

2) How often will I use the better lounges?

If you fly internationally out of Sydney, Melbourne, Los Angeles or Singapore often, then being Platinum means the outstanding First lounges are usually open to you.

But if you are based regionally and only fly around Australia, then the experience will not be too different overall compared to being Gold. The main point of difference is if you can access the better Domestic Business Lounges in Sydney, Melbourne, Brisbane, Canberra or Perth.

3) Do I frequently need to call Qantas?

Are you the type of person to plan round-the-world trips with Qantas Points, but need to call up often to make changes? Or do you just like having efficient help whenever you need it?

Well, holding Platinum status makes calling up Qantas a lot easier. In our experience, you’re usually connected in under 15 minutes to a local operator. You all know the reputation that Qantas’ call centres have at the moment – so this is seriously a good perk.

4) Do I have lots of planned travel?

If you’re barely holding onto Gold status as it is, then your habits probably won’t sustain a leap to Platinum. But if you travel often for work (for example), then it’s suddenly more viable. Make the most of the ‘free’ points and Status Credits you get as part of your job.

Otherwise, you might have to resort to ‘status runs’. These are trips solely booked to maximise Status Credits, often through indirect flights and during Double Status Credit promotions. While status runs are an efficient way to bulk up on Status Credits, we also suggest you consider the environmental impacts of flying around just to collect status.

5) Can I make use of Double Status Credit promotions?

Prior to COVID-19, Qantas usually ran one of these promotions at the start of each year. Double Status Credit offers only last a few days, so you can make all your bookings for the year. Earning double SCs will significantly reduce the amount of flying you need to do.

We highly recommend you make the most of Double Status Credit offers to book your upcoming work and personal travel. That way, you get rewarded more for the trips you were going to take anyway.

How do I earn Velocity Gold and Platinum status?

All things being equal, it’s easier to earn the corresponding Velocity status than it is with Qantas. Some perks are better with Velocity (such as four bonus free upgrades for Platinums), but the number of lounges you can access is slimmer. 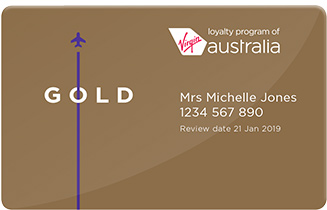 What do I get with Velocity Gold status?

You’ll enjoy a core set of benefits including Virgin Australia and selected partner lounge access with one guest. At the airport, breeze through with the usual priority processing from start to finish. One other cool perk is ‘Fly Ahead’, where you can move onto an earlier flight that day at no extra charge if you arrive at the airport early. 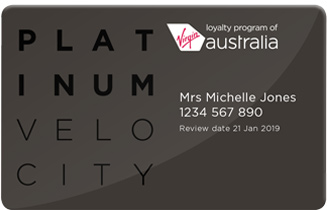 What do I get with Velocity Platinum status?

The main benefits of Velocity Platinum are:

How could you earn 500 more Status Credits? That’s easy if you travel with a family member who lives with you (e.g. a spouse, child or sibling). Simply get them to pool their SCs to you with Family Pooling.

Weighing up whether to go for Velocity Platinum

If you have Velocity Gold and are aiming for Platinum, here is what to consider:

1) When will my previously earned Status Credits expire?

With Velocity’s rolling 365-day calendar system, it’s a bit easier to earn status. But you need to keep an eye on when previously earned Status Credits are expiring. If a big chunk is going to disappear while you’re working your way up to Platinum, it will set back your plans.

The Velocity website will tell you when your next batch of Status Credits is due to expire.

2) Will I fly through Abu Dhabi often or bring guests to domestic lounges?

There isn’t too much difference in lounge access between Velocity Gold and Platinum. The main benefits are access to Etihad’s First Class Lounge & Spa in Abu Dhabi, and the ability to bring three guests to VA domestic lounges.

If you’re unlikely to make use of these enhancements, then Platinum won’t be worth it. Gold members already have access to all other VA partner lounges, and have on-arrival access to domestic lounges ‘subject to availability’.

3) Will I book a few Economy Flex tickets to upgrade for free?

Your four Complimentary Platinum Upgrades are worth up to 9,900 points each for a free Business Class upgrade. However, these are only valid on the most expensive Economy Flex fares, so consider if you would be willing to pay extra just to use the upgrade.

If work or your budget normally allows Economy Flex fares, then you’re in luck. If not, then the complimentary upgrades might not be worth anything to you.

4) Will I make use of Velocity Points for upgrades?

Virgin Australia makes it easy to bid for upgrades using cash. Anyone can splash the cash, though having Velocity status does influence your offer a bit.

As a Platinum member, you would have the highest priority for points upgrades. But this won’t matter to you if you don’t have the points to upgrade with, or if you prefer to use cash via the bidding process.

5) Can I fly eight VA sectors while aiming for Platinum?

Unlike Qantas, Virgin Australia requires you to take eight eligible ‘VA-coded’ flights to earn Platinum status. (In comparison, you need four for Gold). So in your quest to earn another 500 Status Credits, you also need to make sure four of those flights carry VA flight numbers.

This is super easy if you’re based in Australia, of course. But if you’re trying to earn Velocity status while overseas – well, you’re in a bit of a pickle.

There’s no denying that Platinum status is a shining beacon to aim for. I should know – I’ve been enjoying Platinum in both programs far longer than I deserve thanks to COVID-related status extensions. But we have to remember not to get carried away in our quest for that elusive top-tier level.

Sometimes there’s just not enough time or future travel booked to make it to Platinum. We wouldn’t recommend you splash out a lot of cash in an effort to fly around just to earn Status Credits. Sure, it’s nice and all having a shiny card, but if you’re only going to use the benefits a few times, then the effort is ultimately wasted.

Gold status is still a great target to aim for, and is far more attainable for the average traveller. You can always secure Gold first, and set your sights on Platinum again in the future when the stars are more aligned.

Read more: how to keep Gold status for as long as possible →

Is it worth going the extra mile from Gold to Platinum status? was last modified: December 24th, 2021 by Brandon Loo